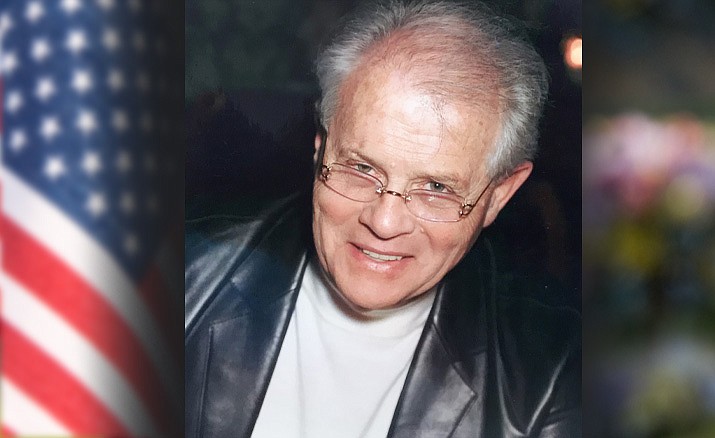 Lt. Colonel William “Bill” Leroy Ball passed away peacefully surrounded by family at his home in Scottsdale, AZ on February 20th, 2021. He was 80 years old. Bill was a beloved father, grandfather, great grandfather, and friend.

He was a decorated Air Force fighter pilot and Squadron Commander of the 175th TAC Fighter Squadron, South Dakota Air National Guard, from 1963-1984. He flew a plethora of aircraft while serving his nation, starting with the F-102 in the Air Defense mission, followed by the F-100 and A-7 in the Tactical Air Command mission. He also flew 707s, 727s, and 747s for Northwest Airlines from 1968 to 1993. Bill’s third career was as a successful land developer in Prescott Valley. Bill was born in Rapid City, SD on September 30, 1940. He was the eldest son born to Edna Ruth “Tootie” Ball (Foley) and Walter Frederick Ball. As a child, he loved playing baseball and flying planes with his father. In 1946 he moved to Huron, SD where he attended school and deepened his passion for aviation. His parents owned an aviation charter and crop spraying business/FBO “Ball Aero” that Bill, along with his favorite childhood companion and younger brother, Mike, helped operate.

After graduating high school in 1958, Bill attended college in Huron, SD. He met his first wife, Pamela Louise Savage (Green) in Huron, and they were married in 1964. Bill and Pamela’s union brought three daughters before ending in 1973. Bill married his second wife, Mary Catherine Ball in 1974. They welcomed two sons to the family before ending their marriage in 1995.

Bill spent his later years in Scottsdale and continued to run his business in Prescott Valley. He was able to enjoy flying his own private airplanes for many years. He loved traveling, camping, sailing in San Diego, watching drag racing, fishing in Alaska, and being his grandchildren’s biggest fan in sports and life. Even during his last days, it was obvious that the most important thing in Bill’s life was being able to spend time with his family and friends.

Bill was a great man held in highest esteem by family and friends who remember him fondly for his loving and generous spirit, his infectious laugh, his passion for flying, the personal flyovers that would make you run for cover, his love of sports, his sharp and witty sense of humor, his brilliant hazel eyes that would genuinely light up when he greeted you, his keen intellect, and his warm hugs.

A private military service will be held with a memorial plaque placed later at the National Memorial Cemetery of Arizona. To those who had the pleasure of knowing Bill, as you travel this beautiful world, as you traverse a terminal, as you board a flight, our family hopes you may be comforted by his memory as we are. While he is greatly missed, we find peace in the fact that “Whiskey Bravo” is no longer grounded. We hope that you will find peace in this as well. In lieu of flowers, the family kindly asks that donations be sent to the Leroy W. Homer Foundation leroywhomerjr.org (a non-profit that provides scholarships to young aspiring pilots).