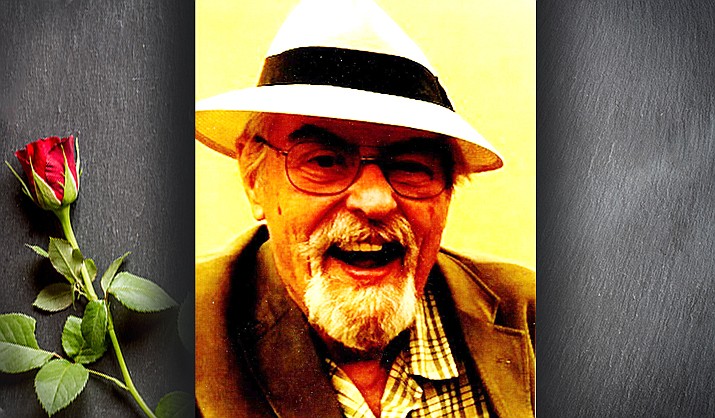 His formative years growing up were in Watertown, Wisconsin, where his activities included Demolay, football, band and drama. An avid reader at a young age, Arthur would go on to write plays that were performed in school. The family moved to Prescott in 1959 and Arthur graduated from Prescott High School in 1960 continuing to act and write.

He went to college at Arizona State University and was in plays there, as well, before transferring to the University of Hawaii to major in Asian Studies where his love of wearing Hawaiian shirts began. After an accident, Arthur returned to the mainland to earn his bachelor’s degree at the UofA. He went back to Hawaii to train for the Peace Corps. In April 1965, Arthur was in Thailand working for the Bangkok Post beginning as a proofreader, and working up to an editor position.

In 1967, the draw of Honolulu would find Arthur calling it home for the next several years, until ultimately, moving to Prescott in 1992. He attended the Methodist Church. When not working, Arthur would frequent Bouchercon mystery conventions, and pursue his love of book collecting. He especially enjoyed his many years involved with Prescott writing groups, of which he was a great resource of author information. He was a charter member of the Wolfe Pack, the official Nero Wolfe literary society. Arthur had traveled extensively in his younger days, but later looked forward to celebrating many birthdays hosted by his sister and brother-in-law on his trips to Texas.

Arthur is survived by his sisters, Karen Andries of McKinney, Texas, Candice Heck of Cottonwood, Arizona, and Lisa Parson-Negri, brother-in law, Jay Negri, of Prescott; three nephews and three nieces. He will be deeply missed.

Arrangements were made by Hampton Funeral Home. A Celebration of Life will take place at a later time. In lieu of flowers, the family would like you to pick up a book, enjoy the world it takes you, and fondly, think of Arthur.