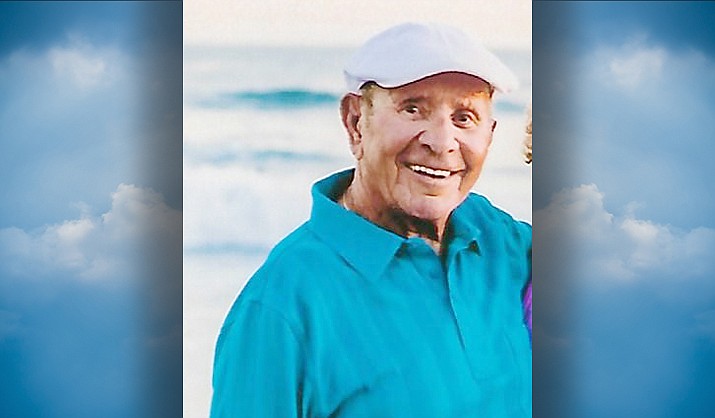 In 1942, his family moved from Pittsburgh, Pennsylvania, to Temple City, California. His love for football began in high school, continued to Pasadena City College where he played in the JR Rose Bowl. He transferred to College of Pacific. In 1953, they went to the Sun Bowl and played against the Mississippi Southern. He served in the Army from 1954-1956.

In 1994, they moved to Prescott. He was actively involved in Prescott High School Football Booster Club and Athletic Department. In 1996, he was the Adapted Physical Education Coordinator for PUSD Elementary, Middle, High School students with special needs. In addition, he trained two blind students for the Braille Institute Track and Field Olympics in California from 1998 to 2003. They won many gold and silver medals. His love and compassion was to share the important role that exercise plays in your life and was an active and motivated fundraiser for the Alzheimer Memory Walk and Step Out Walk to Stop Diabetes.

Funeral arrangements being handled by Hampton Funeral Home of Prescott.