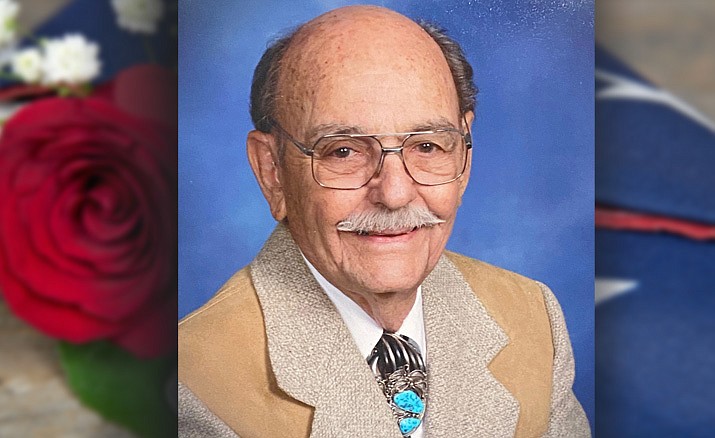 The family moved to Calexico, California in 1937. While he was in high school the family moved to La Mesa, California where he attended Grossmont High School and met his future wife Lorna Burnett. His family moved back to the Imperial Valley where he graduated from Central Union High School in 1948. He attended the University of California Davis where he obtained an Associate’s Degree in Agronomy in 1950. He and Lorna married shortly after that. He served in the U.S. Navy from 1951 to 1953 and tried to become a pilot but was denied because he was married. He received his Bachelor’s Degree in Industrial Arts and his teaching credential from San Diego State University.

He and Lorna moved back to the Valley to Brawley to teach at Barbara Worth Junior High School. 1967, after commuting back and forth to San Diego, he received his Master’s Degree from SDSU. He would later teach Entomology at Imperial Valley College. After teaching at the Junior High, Oce partnered with his father in an entomology and chemical company called Dotson and Sons, Inc. They developed their own pesticides under this label. Oce was a founding member of the California Agricultural Pest Control Advisor’s Association which originated in Imperial County and ultimately grew to be nationwide.

Oce was very adept at a variety of activities. He could tie any kind of knot and knew all their names. He was able to build or repair just about anything and was an avid fisherman and hunter. He even had a pet Gibbon Ape named Bentley who entertained many with his numerous antics.

Oce’s father-in-law was an avid aviator and was the designer and builder of the wings for the “Spirit of St. Louis” and flying was always a part of the conversations through the years. When his son-in-law, Steve, expressed a desire to fly, they both decided to attend ground school he obtained his private pilot’s license in 1977. He enjoyed flying his Navion with Lorna all over the United States visiting friends and relatives and the famous EAA annual Convention and Fly-In in Oshkosh Wisconsin several times.

In 1981 he and Lorna moved to Prescott, Arizona where he began selling real estate until he retired in 1998. He and Lorna enjoyed traveling around the country and abroad and spending time on their boat at Lake Powell.

Oce was preceded in death by his parents, his first born son, David and his wife of 68 years, Lorna. He is survived by his brother, David (Betty) and children, Greg (Diane), Julie (Steve) and Darrell. He is also survived by grandchildren, Ryan Dotson, Chenin Dotson, Nicole (Ryan) Rothfleisch, Michael (Sara) Reeves, Brett (Matt) Leavitt, Alexandra (Chad) Phillips and Darrick Dotson in addition to seven great grandchildren and numerous nieces and nephews.

A Celebration of Life will be held Wednesday February 24th, 3:00 p.m. at the Prescott United Methodist Church in Prescott, Arizona. A Graveside service will be held Monday March 1st, 11:00 a.m. at Riverview Cemetery in Brawley, California.