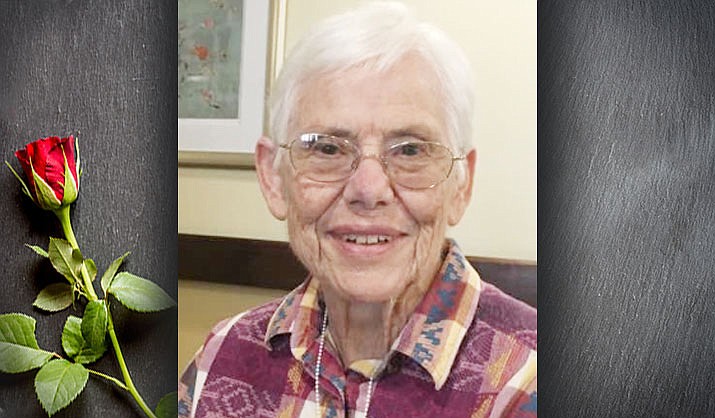 She was always a gifted student who was affectionately called “Marty” by her classmates. She graduated as the Valedictorian in her class at Cedar Valley High School. In the summers Marty enjoyed working as a lifeguard at the local pool and playing catcher on the softball team. She then went to school at Nebraska Wesleyan University where she was active in the Delta Zeta Sorority.

Marty always had an adventurous spirit and after graduation she traveled to Alaska to teach school to indigenous children when Alaska was still an American territory. Later, she moved to Denver and earned a Master’s Degree in Library Science from the University of Denver. She began working as a librarian in the Denver Public Schools at Grant Junior High.

While attending the Trinity United Methodist Church in Denver she met Donald Robert Cary and they fell in love. She was married in Denver and Marty and Don loved camping in Colorado and all around America.

After retiring from the Denver public schools, she and Don moved to Prescott, Arizona, and lived in a log home in the beautiful mountains. She was active in the community and Marty also enjoyed swimming daily at the YMCA pool. Marty always had a smile on her face and always saw the best in everything. She was a wonderful loving daughter, spouse, mother, coworker, mother-in-law, and friend. Marty’s kind energy and loving spirit will be missed.

In lieu of flowers, donations can be made to The National Audubon Society - www.audubon.org.