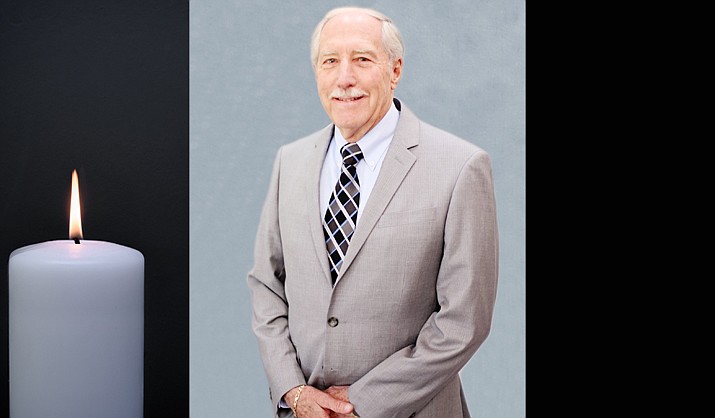 Gene Neil stepped into Heaven on Saturday, Jan. 30, 2021. His passing was due to pancreatic cancer.

Gene’s resume’ is long and impressive. He was educated at Arizona State University and the University of Arizona. He served as Yavapai County Attorney from 1973-1975; and Deputy County Attorney, Maricopa County, 1975-1993. He served on many advising councils for municipalities and school districts. His most recent work was done as Interim City Attorney for Prescott and Assistant City Attorney for Sedona, Magistrate Pro Tem for Yavapai County, and Associate Attorney with the law firm of Boyle, Pecharich, Cline, Whittington & Stalling in Prescott.

Gene’s parents were Gail and Catherine (Moyer) Neil. He was born and raised in Prescott and his love for this state and the history of this area propelled him to many delightful discoveries. Hikes, trips, camping – he was a wealth of information. He grew up helping in his father’s business, Neil’s Economy Store – which now houses Murphy’s Restaurant. Gene loved to travel – road trips and cruising were top on his list.

Gene was a dignified and accomplished gentleman, but he would tell you that his greatest joy was knowing Jesus Christ as his personal Savior.

He will be deeply missed. There will be no services per his request.