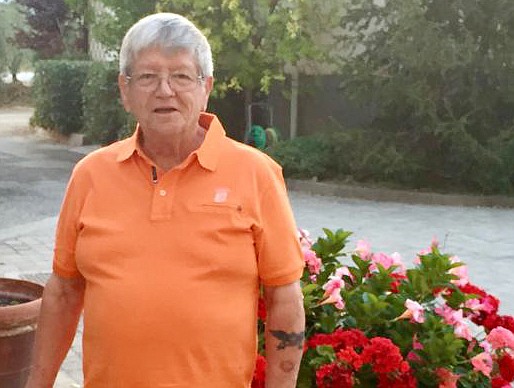 Charles J. Morrison, age 82, passed away Thursday night, Jan. 21, 2021. He was born in Detroit, Michigan, on May 18, 1939. His mother, widowed, took the three boys and drove to Southern California, where his sister, the oldest child, Patricia had moved.

Chuck attended Redondo Beach High School and being 17 years old, enlisted for four years in the Air Force in Moses Lake, Washington. After his tour of duty, he starting working for the Chevron Oil Company in El Segundo, during which time he earned a Master’s Degree in Business Administration. He served as a Reserve Police Officer for the City of Redondo Beach for 12 years and was a member of their Pistol Team.

He married Isabelle, who immigrated from Switzerland in 1970. They have a daughter, Monique. The family traveled often to Switzerland to visit Isabelle’s parents and relatives. Chuck also became a mason in California and reached the 32nd degree. Chuck and his wife moved to Prescott in 1995. Monique, now lives in Switzerland. Chuck and Isabelle just loved it very much in Prescott. Chuck and his brother, Pete, joined the Yavapai County Sheriff’s Office Search and Rescue Team, serving the community for over 10 years. Chuck loved to scuba dive and catching lobsters, hunting and fishing, and enjoyed the great outdoors.

He is survived by his wife, Isabella; daughter, Monique; brother, Pete; and numerous nephew nieces and friends. He was dearly loved and respected by all.

He had a wonderful sense of humor. He was loved by everyone who came in contact with him. In Chuck’s last days he asked me to tell all his friends whom he was not able to say goodbye to, thank you so much for all the happy times, beautiful moments and he was so grateful to have known and spend time with you on this amazing planet, which he loved so much.