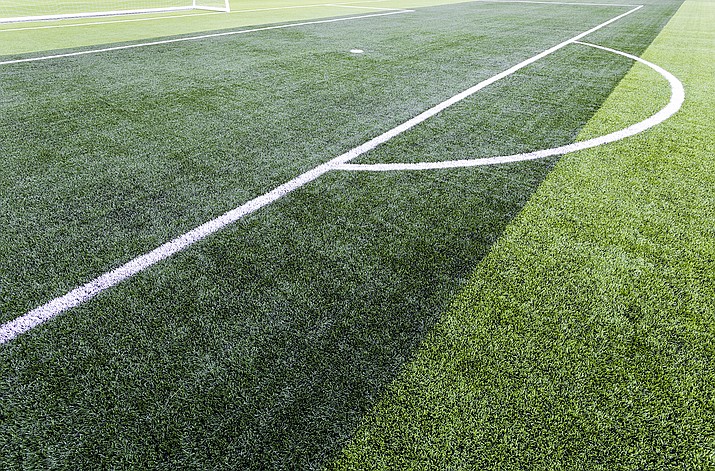 PRESCOTT — The Prescott girls soccer team has won five straight to open the 2020-21 season and were ranked No. 1 in the state when the inaugural season power rankings poll was released by the Arizona Interscholastic Association on Thursday morning.

The Badgers were in action Thursday night as they took on American Leadership Academy. Results were unavailable at press time.

PRESCOTT — Having outscored their opponents 13-3 in their first five matches, the Prescott boys soccer team has started out 5-0 on the season.

With that start, the Arizona Interscholastic Association released the first 4A power point poll, and Prescott (5-0, 4-0 Grand Canyon) was No. 1.

Prescott was in action Thursday night at American Leadership Academy. Results were unavailable at press time.

PRESCOTT — After starting the season 3-1, the Prescott girls basketball team has struggled as of late, dropping three in a row, including a 49-36 loss to region foe Coconino on Wednesday night.

Hollie Dalton led the Badgers (3-4, 2-4 Grand Canyon) with 17 points, 12 rebounds and four assists for her seventh double-double of the season. Janie Rudy scored five points and grabbed seven rebounds in the loss.

“To many turnovers combined with too many missed shots for us tonight to hang with Coconino,” Prescott head coach Bobbi Yoder said in an email. “The girls fought hard tonight but we just could not get our shots to fall.”

Prescott led 12-8 after the first quarter and were tied 20-20 with the Panthers at halftime, but were outscored 12-4 in the third and didn’t recover.

The Badgers head to Prescott Valley to take on cross-town rival Bradshaw Mountain on Friday, Feb. 12. Tipoff is set for 7 p.m.

PEORIA — The Prescott wrestling team improved to 5-1 on the season with a 45-30 win over Peoria on Wednesday night.

Individually, Jackson Perkins improved to 6-0 with a “gritty” overtime win over his Peoria opponent, while Landen Francis is now 6-0 due to forfeit.

PRESCOTT — The Prescott boys basketball team has started the 2020-21 season with a 4-1 record, having won four straight, so it was no surprise to find the Badgers in the Top 25 when the Arizona Interscholastic Association released their inaugural power rankings poll Thursday morning.

Prescott was in action Thursday night in Flagstaff as they took on Coconino. Results were unavailable at press time.