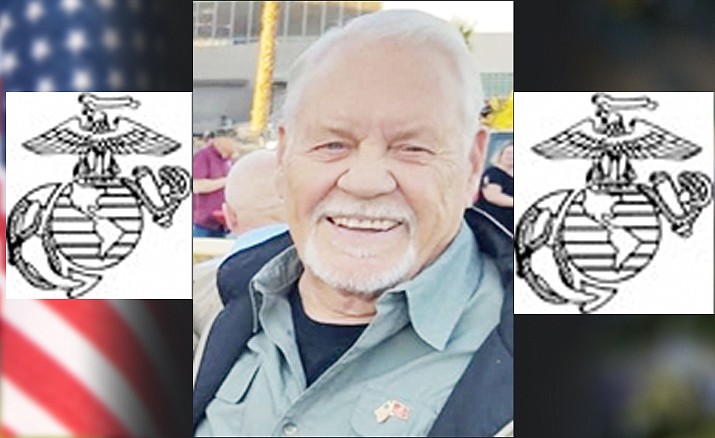 On the evening of 14 January, 2021 God led one of His own by the hand to ascend into Heaven. Reg passed peacefully at home, surrounded by his loving wife and family. He had been suffering with a brief illness, (non-covid related), and is now at peace.

Reg was born in Richland Center, Wisconsin on 19 June 1940, living there until he was ten years old. His family then relocated to Long Beach, California, and every chance he had he would go back home to Richland Center. At 16 years old he decided that he had enough of California, and with $10 in his pocket and a Phillips 66 map under his arm, he stuck out his thumb and headed back home to his grandparents dairy farm in Richland Center. This earned him the nickname in the family as “Huck Finn”. At 17 Reg enlisted in the United States Marine Corps — and they sent him right back to California! He loved the Marine Corps, traveled the world, explored so many new things and had many adventures during his 23-year distinguished and decorated career. After he retired from the Marine Corps, he changed out of his uniform and walked across the street and continued to work with the Marine Corps as a civilian for the Department of Defense. Retiring again at the age of 55 as the Administrative Director for Western Forces. Moving to Prescott in 1998, Reg and Jill fell in love with ”everyone’s hometown”, and they immediately became involved in their new community. Members of Trinity Presbyterian Church, Volunteer work for The American Red Cross, packing groceries for the less fortunate, The Prescott Area Celtic Society, just to name a few. Reg also formed, and was The Charter Post Commander, of The Scottish American Military Society, Post #1297, (SAMS). - which is still going strong.

Of all the multiple blessings bestowed upon Reg, his family was his highest priority, love enjoyment and pleasure.

The love of his life, his wife Jill, was also extremely blessed to enjoy so many wonderful years with him. They traveled the world, enjoyed over 100,000+ miles of RV travels and adventures. Reg and Jill both possessed “an enormous curiosity”, always going for the next new adventure.

Reg was a true gentleman, a friend to everyone, a proud loving father, grandfather, uncle, cousin, brother, immensely proud Veteran, kind, funny, loving, extremely knowledgeable, honorable, and generous. He was a true believer in love, faith, and family Reg always said, “Make each day a magnificent adventure, accept the challenges that come your way. Seize each opportunity that you find, without concern for what others might say. Experience each day with open arms, savoring both victory and strife. Welcome the good with the bad together, for only then will you know the joy in life. Believe and trust our Lord, he will always be there for you.”

The family is having a memorial service in Prescott, followed soon after by a memorial service at Riverside Nation Cemetery, with full Military honors, in Riverside California. His final Memorial service will be in Loyd, Wisconsin, in the springtime. Eventually his remains, combined with his best friend — his wife, Jill, will be scattered at sea in Hawaii so they can continue their dreams, travels and adventures for eternity.

“Dad, you will continue to be a true inspiration and role model to us. You instilled in us honor, courage, and commitment. We love you. You are a true Marine’s Marine! Semper Fi”.