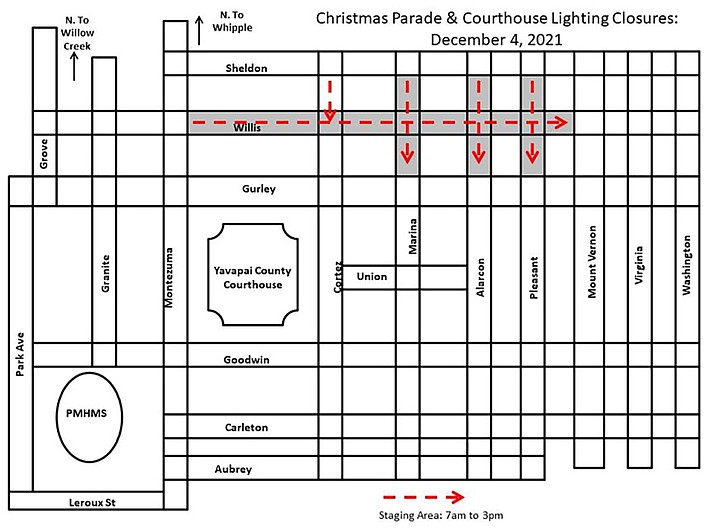 Enhanced security protocols and street closures will be in place for the 2021 Christmas Parade and Courthouse lighting on Saturday, Dec. 4, according to information from the City of Prescott.

“Some streets will remain closed longer than usual, to promote enhanced security for visitors and parade units,” stated a Friday, Dec. 3 news release from the city.

Among the affected streets and times will be:

• Streets are scheduled to reopen around 10 p.m.

Information and map provided by the City of Prescott.