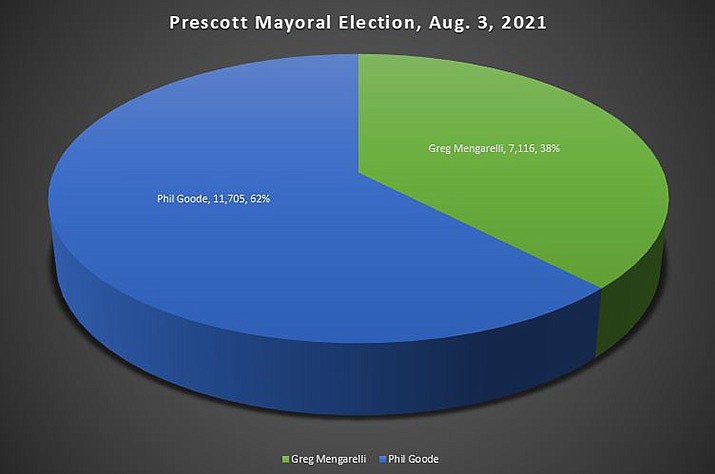 On the council side, where three seats were to be decided, results indicate newcomers Eric Moore and Brandon Montoya won seats outright, with the third seat going to the General Election.

Generally, that would mean the next two top vote-getters advance, Jessica Hall and Grant Quezada. 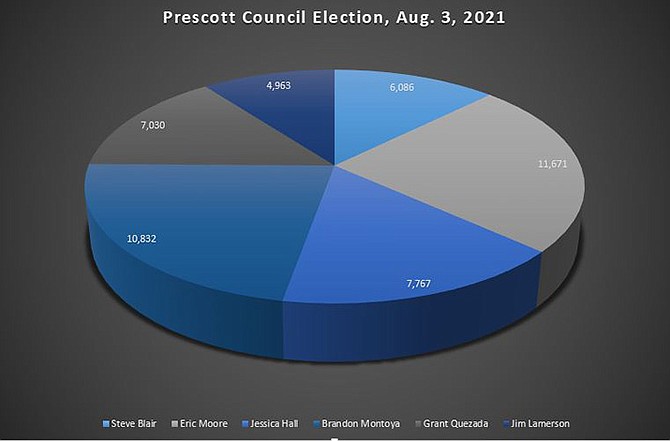 In Dewey-Humboldt, Vice Mayor Karen Brooks and Town Council members Lynn Collins and Amy Lance appear to have staved off challengers in a recall election on Tuesday, Aug. 3.

Watch dCourier.com for the interviews and analysis, and The Daily Courier on Wednesday.