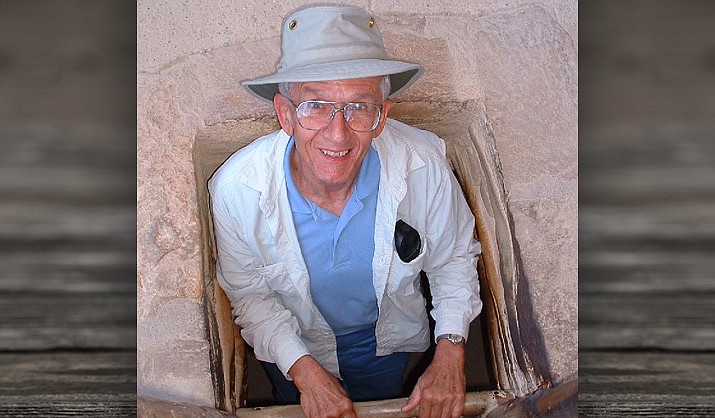 “I pray that each of us will give to others of our own gifts and blessings, and care thoughtfully for this beautiful world, which ever-so-briefly we all share.” – Walter VomLehn

Walter Otte VomLehn, M.D., was born in Brooklyn, New York, on July 15, 1931, to Helene and Walter Richard VomLehn and grew up in Yonkers, New York. He died peacefully in Prescott, Arizona, on March 8, 2021, surrounded by his family. He was known by his family and friends as a man dedicated to service who sought to honor the divine in every human being and dedicated his life to creating peace in his corner of the world.

Walt, as he preferred to be called, graduated Phi Beta Kappa from Dartmouth College and earned his medical degree from Cornell Medical School. In his senior year at Cornell, he volunteered for two months at the U.S. Public Health hospital on the Navajo Reservation in Arizona, during which time he delivered 20 babies.

During his 40-year medical career as a general practitioner, Dr. VomLehn worked in family medicine, often serving in remote, medically underserved settings. An ardent lover of his country and conscientious objector; he served in the U.S. Public Health Service as Chief Medical Officer at the Federal Reformatory for Women in rural West Virginia. He was a Peace Corps physician in the Dominican Republic, in private practice in Appalachia and Puget Sound, (where he once delivered a baby on a Washington State ferry!), directed Public Health Care in Northern New Mexico, and co-established a community clinic in Santa Fe for low-income families. He spent the last years of his career as a student health doctor at Virginia Tech. During retirement, he continued delivering medical services while volunteering annually at a rural Mississippi Delta clinic.

He moved to Prescott in September 2001 and embraced the area fully. He was an avid hiker, history buff, gardener, and concertgoer. An active member of the Prescott Unitarian Universalist Fellowship, he lent his jovial bass voice to the choir. He volunteered for the Sharlot Hall Museum, People Who Care, Empty Bowls, Northland Cares, and Chaparral Arts.

A dedicated father and grandfather, he attended and clapped the loudest at his family’s every concert, sport and school event. Walt loved playing board games with his grandchildren; attending Diamondbacks games; visiting national parks, and enjoying a good meal with loved ones. He never hesitated to share his pride for his children and grandchildren. Walt often shared that he was thankful for all the support and blessings he received from his family, colleagues, and friends during his career and life.

The family extends its deepest gratitude to Anne Curry NP, Willow Wind, YRMC, Maggie’s Hospice, and Pineview Adult Care for the depth of their kindness and tolerance of his sense of humor.