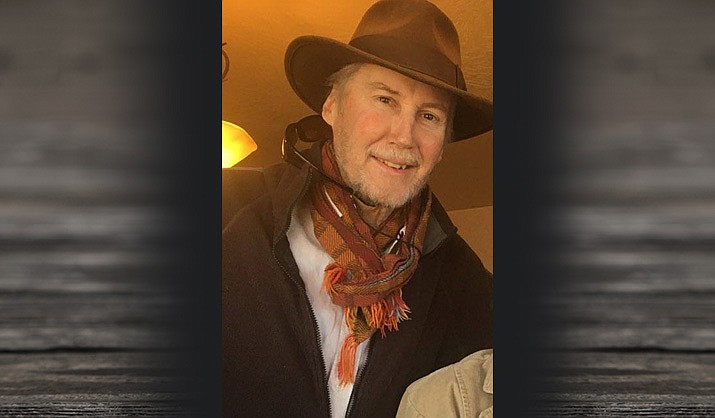 Ivo was born Sept. 29, 1959, in Greenbrae, California, to Ivo W Buddeke II and KC Nelson. He was one of six siblings.

His childhood was divided by time spent in San Francisco, California, with his dad and in Camp Verde, Arizona, with his mom; he was equally at home in both worlds.

After graduating from Camp Verde High School in 1977, he returned to California and attended San Francisco State University, where he received a Bachelor of Science degree in Meteorology. Ivo continued his interest in science working for a division of the EPA in San Francisco, the USGS in Flagstaff, and for the City of Flagstaff.

After adventures in Nicaragua, and scaling some of the highest peaks in North America, Ivo eventually found his way back to the Verde Valley where he built a straw bale home.

There he started his business, Rimrock Land Surveys. It was a job that combined many of his favorite things – being outdoors, mathematics, technology and his righthand man, Gabe.

Ivo was idealistic, quick witted, warm and a prankster. He loved life and had many passions, including mountain climbing, river rafting, target shooting, and long road trips on his motorcycle as well as extended rides in Alaska and Japan.

Ivo was a modern-day Renaissance man. Anyone who knew Ivo, knew that he liked to win and it was this fierce spirit, paired with graciously donated bone marrow from our brother, Ian, that gave him an additional 25 years of life after a bout with leukemia.

Ivo passed peacefully in the presence of his brother, Ian, and former wife and lifelong friend, Patty. His passing was after several months of hospitalization with a TBI, but the Ivo we knew left this world doing what he loved best – sailing through the late evening air down Salt Mine Road on his favorite motorcycle.

Ivo was recently preceded in death by his mother, KC Nelson, and his stepfather, Richard Nelson.

Our world is dimmer by the loss of this extraordinary being. A Celebration of Life will be held on July 10, 2021, at the covered ramada and gym on Hollomon Street, in Camp Verde from 3 to 9 p.m.