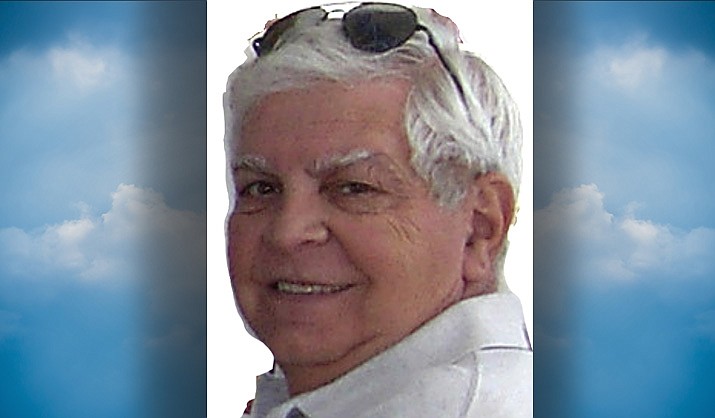 David J. DePinto, loving and devoted husband to Carol Brown DePinto, passed away on Sunday, April 11, 2021, at the age of 84 in Prescott, Arizona. Dave was born on Dec. 24, 1936, in Phoenix to Dr. Angus and Margaret DePinto. Dave’s early schooling was at Kenilworth Elementary and West Phoenix High School (class of ’55), after which he attended a semester at the University of Arizona but transferred to Arizona State University, where he earned his bachelor’s degree in mathematics and chemistry. Upon graduating from ASU, Dave followed in his father’s steps to attend medical school at the University of Chicago. Ultimately, practicing medicine wasn’t his passion, and he moved his young family back to Arizona to spend his career as a mainframe computer engineer, primarily for Honeywell.

Dave married Carol Francis Brown on Nov. 21, 1956, at St. Gregory Church in Phoenix. They raised three children, Lisa Diane, David Michael and Gina Marie. Dave and Carol were members of Saint Simon & Jude, where all three children attended elementary school. Dave was also a long-time member of the Phoenix Chris-Town YMCA men’s group. Throughout his life, Dave’s passions and hobbies included jazz music, boating and water skiing, golf, tennis, swimming, cooking and grilling. He collected car magazines and especially had a passion for muscle cars. He also collected Western wear and art. When Dave and Carol retired to Prescott, he loved playing in the men’s senior softball league. When his knees made it difficult to run the bases, he still helped his teammates by pinch-hitting and umpiring.

Friends, family, neighbors and acquaintances know Dave’s warm and affectionate smile, sense of humor and unlimited love and loyalty. Most of Dave and Carol’s life-long friendships started in high school that endured the test of time. The families created cherished memories together from boating and skiing, and tubing the Salt River, fishing and swimming in Sedona’s Oak Creek and Slide Rock, to camping in Rocky Point. These friends are family, so we recognize and thank them here: Bill and Karla Bynum, Doug and Ila Massengale, Jim and Nancy Mast, Bennie and Dianne Smith, Tom and Patty Garrett.

When talking to his family, Dave never wanted to say “goodbye,” instead it was “bye for now.” His family misses him terribly, and until we see him again, it’s only bye for now.