Like flu shots, vaccinations for COVID may open to walk-ins
Gone would be need for appointments to boost availability, inoculations 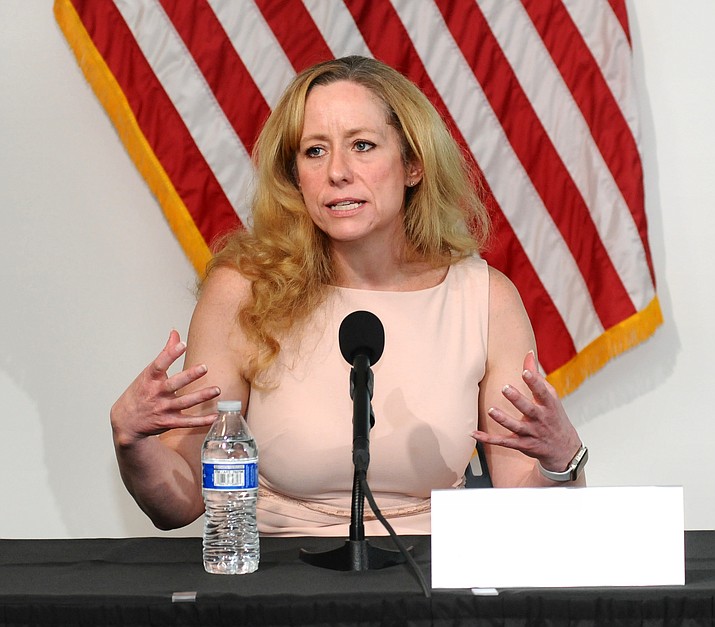 Getting vaccinated against COVID-19 may soon be as simple as a flu shot.

That would allow people to avoid the issues of trying to get an appointment online or through a phone line. And those portals provide access only to state-operated sites.

Getting an appointment elsewhere, including pharmacies and grocery chains, requires individuals to go to each facility’s specific website to set up a time.

All of this comes as the latest figures show that just one-fourth of Arizonans are fully immunized, though 37% have gotten at least one dose of a two-shot routine.

Christ said those figures are a bit misleading as they are is based on the total number of Arizonans. But the vaccines now available are approved only for those either 16 or 18 years and older, depending on the manufacturer.

“It’s actually a little bit better when you look at the eligible population,’’ she said. And Christ said she is counting on many of those folks who have gotten their first dose coming back as scheduled in three weeks.

Still, the health chief acknowledged that still leaves Arizona far below where she said the state needs to be to have “herd immunity,” the point at which enough people are inoculated to prevent wholesale spread. Christ has previously put that at 70%.

While some of that may be based on “vaccine hesitancy,” there’s also that question of convenience.

The concept of walk-up COVID vaccination is not new.

Philadelphia found a sharp increase in inoculations after some groups there reserved vaccines for those who can just stop by. That also helped close the gap on racial disparities as the Black Doctors COVID-19 Consortium found it was reaching people who were computer illiterate or had other issues.

There also were positive results in reaching minorities at sites run by the Federal Emergency Management Agency.

“You’ll start to see that happening,” she said, particularly as the demand for appointments goes down at the state-run sites. Christ said that’s already happening, with a “significant decrease” in requests at both the University of Arizona and the Yuma Civic Center.

“They are going to start looking at taking in walk-ins, just letting people come in and get the vaccine whenever they are available, not based on an appointment,” Christ said. And she said that also is going to happen elsewhere at state-run sites as demand for appointments tapers off.

But that’s not all. Christ said she anticipates that also will start to happen at community “pop-up” locations, short-term sites at specific locations.

There’s something else at play, albeit a bit longer term, that also will allow for more on-demand immunization.

“As they get more vaccine, the federal partners will open up that ordering so that health care providers will just be able to order it just like they do all the other vaccines,” Christ said. And that will make the vaccine available in doctors’ offices.

“We do know that our medical providers play a large role in people trusting and getting vaccinated,” she continued.

“So they can say, ‘I’ve got the vaccine, I recommend it, here’s the reasons it’s safe, and we can just get it to you today,’” Christ explained. “That reduces barriers and gives our health care community more opportunities to vaccinate.”

The ease of getting inoculated could become more important now that Pfizer, one of the three companies authorized to manufacture vaccine for use in the United States, is saying it is “likely” that people will need a third dose within 12 months of getting fully vaccinated. And Albert Bourla, the company’s CEO, also said it is possible there will need to be annual vaccinations.

Christ said there are ongoing evaluations of how long the vaccine’s effects will last.

She said it is known it does provide protection for at least six months. That, the health director said, means there may need to be a booster. And that presents its own logistical issues, especially if the state has to once again set up inoculation sites.

“What we hope is by the time people would need a potential booster that we would have enough vaccine to where it’s in health care providers’ offices, that it’s in all of the pharmacies across the state,” she said. “And it would just become a normal thing just like your annual flu shot.”

All this is occurring against the backdrop of both Christ’s agency and the Centers for Disease Prevention and Control urging providers to pause the use of the Johnson & Johnson vaccine. That followed reports of six cases in the United States — none in Arizona — where those who got the single-dose vaccine developed blood clots.

Christ said that was done out of an abundance of caution as federal officials said they want to “take a pause, see if any more cases occur to see if they can get more data to make clearer recommendations.”

But she also said this amounts to one case out of every million doses administered. And she noted that there are a certain number of these blood clots that occur even in non-vaccinated people.