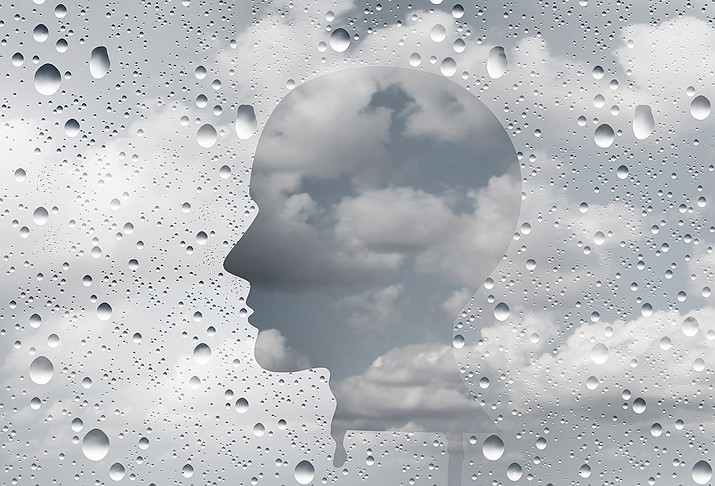 The statistics of suicide in Yavapai County are sobering.

This represents 12% of all 1,333 county deaths, far above the state and national average, according to the Yavapai County Medical Examiners’ 2020 report.

Those, though, do not account for the rising number of suicide attempts that are not chronicled, but committed by a child as young as 6 to an elderly senior suffering from loneliness and isolation, West Yavapai Guidance Clinic Clinical Director Kelly Legler said.

Exact data on those are not known as they tend to be managed through various agencies, but Legler said in just the past couple months her agency’s Crisis Stabilization Unit has responded to numerous attempts by school-aged children.

At a Yavapai County Suicide Prevention Coalition meeting Monday, April 12, a number of mental health, public health, law enforcement and other community nonprofit leaders talked about the statistics as they focused on advocacy, education and prevention strategies.

Legler is the coalition leader.

As they considered the statistics and outreach efforts, members emphasized that it is crucial for the community to see past numbers to the people who were loved by parents, spouses, children, colleagues and friends.

She was candid about how his loss has reverberated through their family, his colleagues and others he knew across the community. Her plea was for people to seek help from the resources that are available in the greater community, be it a mobile crisis unit, a suicide prevention hotline, or therapy offered by area mental health agencies.

Coalition members said they want to figure out how to reduce stigma so individuals and families are not afraid to reach out to the multiple mental health, crisis service and support groups at the ready to walk someone away from their emotional cliff.

They want to figure out how to protect people against lethal weapons in their home without jeopardizing their rights. The Medical Examiner’s Report shows that 70% of suicides are committed by use of a firearm.

The impact of the COVID-19 pandemic is still unfolding, with coalition members stating all of the mental health implications of arresting the virus have yet to be calculated. Job and housing loss, school disruption and physical isolation can all play into individual’s coping mechanisms, they said.

Part of the coalition’s focus Monday was to reconnect people with the outreach work and recommit to tackling what is a true crisis in the community.

Whenever a suicide, or an attempted suicide occurs, Legler said mental health agencies want to know what more could have been done to reach out to that person so that they and their families could be spared a life-altering agony.

Though there is no one answer, all of those who attended the meeting were clear that public awareness about resources and the reduction of stigma to obtaining help need to be at the forefront of community conversation.

The coalition is developing targeted work groups able to manage assorted tasks connected with spreading the message that there is no shame in seeking help.

They, too, want to build on existing collaborations, such as West Yavapai Guidance Clinic’s partnership with 13 schools to offer free counseling and therapy for students and staff members.

To do this, Legler said the clinic is leveraging a multi-million grant provided through the Crisis Response Network.

Another effort Legler highlighted was one offered through Dignity Health, Yavapai Regional Medical Center. Suicide prevention warnings are now posted in all of its pediatric offices with resources to contact.

Indeed, Legler said, there is a lot of community energy invested in this endeavor. The key is to share those resources and enlighten the community to how best to access help.

Former coalition leader John Schuderer, a retired counselor and suicide prevention advocate, hailed the Prescott VA for the staff training and outreach work its doing with veterans in northern Arizona. He suggested the coalition build upon existing efforts that are proving successful “rather than reinvent the wheel.”

September is Suicide Awareness Month and Legler said she hopes the coalition can organize one or more events that will lead to enhanced community education and awareness.

“This is not one person’s mission, but all of ours,” Legler suggested.