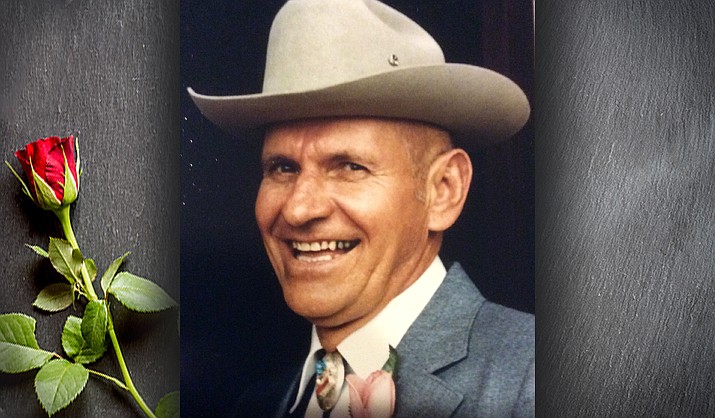 Bert Richard Gorczyca, age 86 of Sherburne, New York, passed away March 17, 2021 of Alzheimer’s Disease. Bert was the youngest of 13 children born to Bert and Sophia Dziekonski Gorczyca on Feb. 9, 1935 in Lowville, New York.

On Dec. 19, 1959, he married Lillian Rose Van Alstine in St. Peter’s Catholic Church in Lowville, New York. In 1961, Bert re-enlisted in the U.S. Navy and served on the U.S. Constellation. Bert spent 20-plus years in the U.S. Navy achieving rank of Master Chief Petty Officer.

After retiring from the Navy, Bert attended Yavapai College in Prescott, Arizona, for Diesel Mechanics. After graduating, he worked for the Humboldt Unified School District as a mechanic in the bus garage.

Bert enjoyed Team Penning, watching the PBR and old westerns on TV. He especially liked riding his horses and helping his friends with round up and moving cattle.

Bert is survived by his brother John of Humboldt, Arizona, and several nieces and nephews. He was predeceased by his wife Lillian and her brother Gale Van Alstine, his brothers Edward, Leonard, Chet, Louis, Joseph, Walter and his sisters Mae Badura, Blanch O’Grady, Mildred Schrembeck, Regina Greene and Stella Golic.

Due to COVID, there will be no calling hours. Burial will be May 22, 2021, at noon in the Turin Cemetery. Arrangements are in the care of the Trainor Funeral Home in Boonville, New York.

For an online message of sympathy, please go to www.trainorfuneralhome.com.