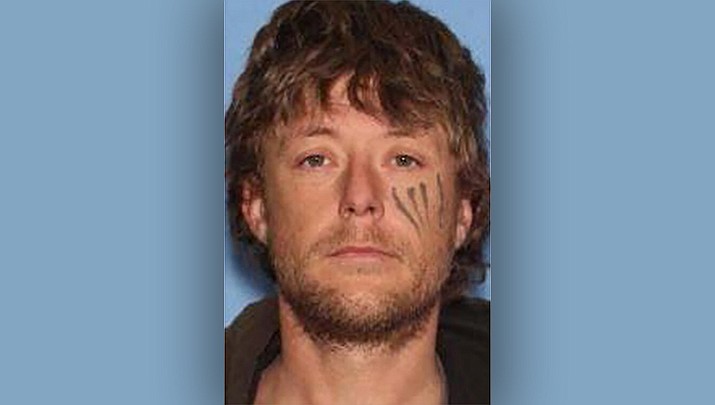 KLAMATH FALLS, Ore. — Officials in Oregon are asking Prescott area residents to help them locate a missing man whose vehicle was discovered burned.

On April 6, the Klamath County Sheriff's Office announced that it is looking for 31-year-old Benjamin "Buttons" Mowery, who has been reported missing from the Klamath Falls area.

According to the sheriff's office, Mowery may be heading toward Prescott or Tucson.

He was last seen on March 24. After his disappearance, Mowery's vehicle was discovered burned, the sheriff's office said. It is unknown how long he has been out of contact with family and friends.

Mowery is described as being 6 feet tall, with blonde hair and blue eyes. He has distinctive facial tattoos under his left eye.