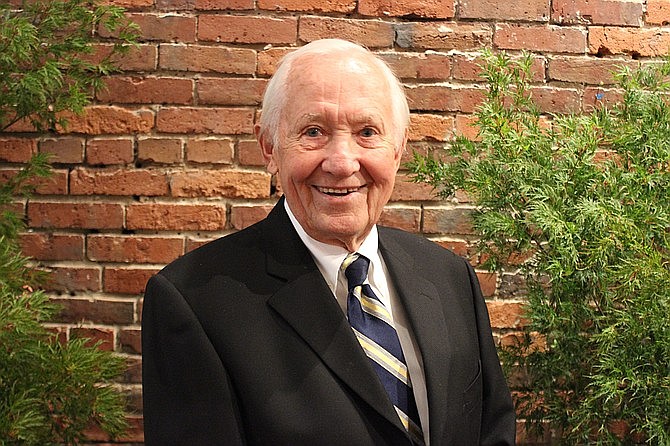 Earl Goodwin was the Town of Dewey-Humboldt’s first elected mayor. He passed away on March 2, 2021. Goodwin’s family said he was instrumental in creating the 911 emergency telephone system and integrating paramedics into fire departments. (Courtesy)

Earl Goodwin, the Town of Dewey-Humboldt’s first elected mayor, died on March 2, leaving behind his wife of 40 years, Sandra, and immediate family including his sister, Sue; and children, Barbara and Robert; eight grandchildren; and two great grandchildren, the town’s website reported.

“[Goodwin] was a dedicated man, who achieved much in his life through perseverance and diligence,” his obituary stated. “He took pride in making signature improvements to all things he touched. His life and career prove he did just that.”

Born in Buffalo, New York, on May 8, 1933, Goodwin would eventually move to California where he completed his education.

After earning a master’s degree, Goodwin was hired as a sales representative for a national manufacturer before switching gears into the public sector, where he spent most of his professional career.

Goodwin’s family said he was instrumental in creating the 911 emergency telephone system and integrating paramedics into fire departments.

Before his retirement, Goodwin served as chief executive of a county organization of 10,000 employees in 52 different divisions that served 2 million residents.

After retiring, Earl moved with Sandra to Dewey in 2002 “to relax and enjoy the company of two horses,” the family reported.

However, Earl wanted to “give back” to his adopted hometown, so he became active in forming the new Town of Dewey-Humboldt in the mid-2000s, serving on its first Town Council and as its first elected mayor.

In lieu of flowers, memorial donations for Earl Goodwin may be made to the families of the fallen Granite Mountain Hotshots through Prescott Firefighter’s Charities, 1700 W. Iron Springs Road, Prescott, AZ 86305, or by visiting prescottffcharities.org.