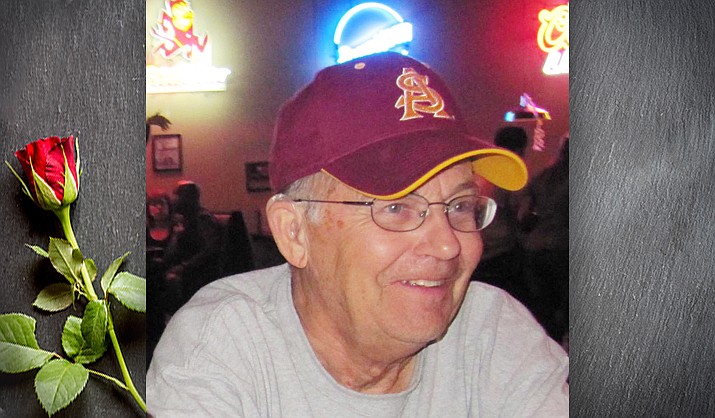 Lawrence Donald Humphrey passed away on March 27, 2021, after a four-year battle with Alzheimer’s. Larry was 85. Larry was born June 24, 1935, in Plymouth, Indiana. He was the first of seven children born to Lester and Helen Humphrey. In 1952, Larry met Nancy Jo Schloemer in South Bend, Ind. Larry and Nancy were married on May 29, 1956, and soon after moved to Arizona.

Larry was a hard-working husband and father. He was employed by Stapley’s Hardware Store in Mesa, AZ from 1956 to 1973 as a Sales Manager. During the summer of 1973, Larry and Nancy moved to Prescott, AZ where Larry took a job working in the Purchasing Department for Yavapai Community College. Over the next 22 years, Larry moved on to different roles at the College, eventually retiring in 1995 as the Personnel/Human Resources Director. In 1996, Larry came back to Yavapai as a part-time Courier Driver, transporting college materials between the Prescott and Verde Valley campuses.

Larry was also a business owner. He and Nancy owned Nancy’s Hallmark Shoppe in downtown Prescott from 1989– 1998.

Larry was an active volunteer for numerous organizations, served as an officer for the local credit union, and was an award winning orator and President of the Yavapai County Toastmasters Association throughout the 1980’s. He also participated in the Northern Arizona Senior Olympics shortly after his retirement in 1995 winning bronze and silver medals. He and Nancy were active parishioners in the Catholic church, serving as youth ministers at Christ the King Church in Mesa, AZ in the early 1970’s, and at Sacred Heart Church in Prescott, in the 1980’s.

In 2012, Larry and Nancy decided to move back to Mesa to be closer to family. Being a family man was always one of Larry’s greatest joys. Larry was a devoted and loving husband, father, grandfather, brother, and uncle. All who knew him will miss his kindness and selflessness.

Interment will take place on April 8, at 11:00 a.m., at Heritage Memorial Park in Dewey, AZ. In lieu of flowers, the family wishes donations be made in Larry’s name to the Alzheimer’s Association.