Report: Arizona has 4th highest rate of COVID-19 cases among children in US 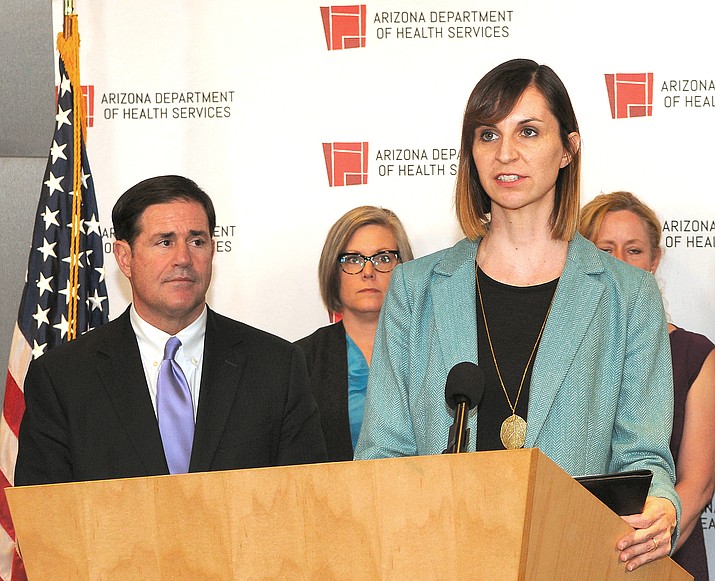 EDITOR'S NOTE: The Courier spoke with quad-city area superintendents about the WalletHub study. To read more about what they had to say, click here.

A whole set of factors may make Arizona one of the most dangerous places in the country for children to go back to school, according to a new report.

The financial advice site WalletHub says its analysis of illnesses, spending and other classroom issues finds some things that Arizona appears to be doing well. That includes having comprehensive guidance for school reopening and even the fact that, in comparison to other states, relatively few youngsters take a school bus.

And the report notes that Arizona currently has a far below average likelihood of COVID-19 infections among all ages.

But against that, WalletHub says the state’s rate of 1,225 coronavirus cases per 100,000 children as of Aug. 27 -- the date used in the report -- is the fourth highest rate in the country. And the death rate among children also is in the top 20%.

Arizona considers anyone younger than 20 to be a child. And even Diana Polk, spokeswoman for WalletHub, acknowledged that her data includes some states where reports on children take in only those through age 14.

That, however, still leaves the fact that these rankings are based on ratios per 100,000 residents in the same age category.

Ptak, however, dismissed the report entirely as lacking scientific and public health merit.

“The fact is, Arizona schools are handling the pandemic as well or better than any other state,’’ he said, citing increased COVID-19 testing and recent numbers which put the rate of people of all ages testing positive below 5%.

But state schools chief Kathy Hoffman is not ready to say that everything is fine.

“We want our lives to go back to normal,’’ she said. “But we are still in a pandemic and we need to take this really seriously because our behaviors today can really have a strong impact of those around us and those we care about.’’

She has her own theories about the numbers and the rankings. One, she suggested, could be that Arizona’s high illness and death rate is what happened in May and June -- after Ducey lifted restrictions and the illnesses spiked -- and less reflective of current conditions.

For the time being, Hoffman said she is relying more on the “metrics’’ developed by the state Department of Health Services which provide a much more current picture of risks. And those numbers, she noted, say it is now OK for schools in 14 of the state’s 15 counties (Graham County) to begin “hybrid’’ instruction, a combination of in-person and online learning.