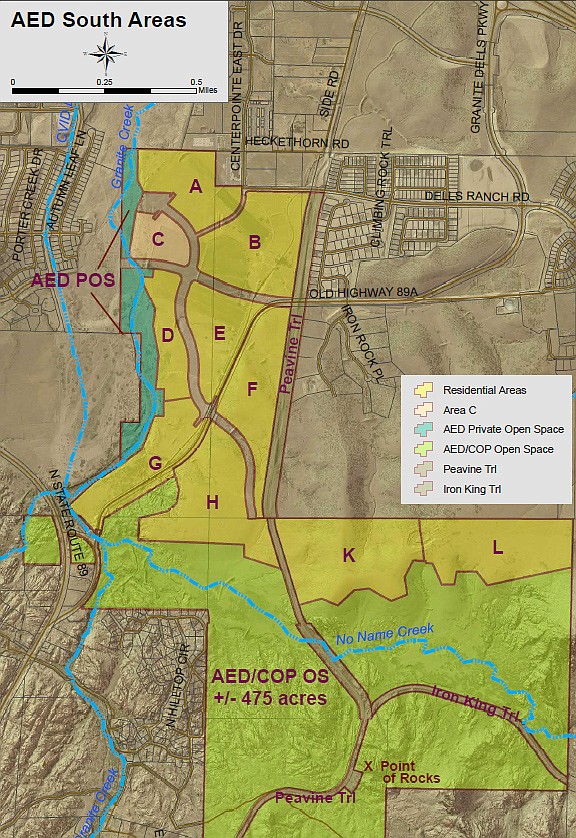 A map shows the south part of the AED rezone. (City of Prescott/Courtesy)

At their meeting on Sept. 15, the Prescott Planning and Zoning Commission voted to recommend approval of Arizona Eco Development (AED) North and South annexations, master plans, and rezonings to the City Council following a series of public hearings on Aug. 27, Sept. 10, and Sept. 15.

• A 60-day public comment period following the Planning and Zoning Commission’s vote on the Master Plan, and prior to the council voting on the annexation ordinance.

• Final approval of the annexation by council must be a super majority (at least six affirmative votes).

With the actions taken by the commission on Sept. 15, the 60-day public comment period commences, starting today, Sept. 16, and will end on Nov. 14 for both projects.

Following the conclusion of the 60-day public comment period on Nov. 14, the Prescott City Council will hold public hearings to discuss the proposed projects, a news release states. The public comments received during the 60-day period will be quantified, summarized by topic, and reviewed with the council at those meetings.

“I am pleased that the matter of AED is moving forward,” Prescott Mayor Greg Mengarelli said. “After over two years, the matter will now be decided by Prescott City Council. I am hopeful that this matter can be approved by the end of 2020. Given that the basic structure of the annexation agreement has been outlined in a signed Letter of Intent (LOI), I am confident we can get this done.”

The LOI was signed in May by the city and AED. At the time, the LOI major provisions were endorsed by the Save the Dells organization. A copy of the LOI can be found on the City of Prescott website, Prescott-az.gov, click on AED Annexation on the home page.

Public comments can be sent by regular mail to: City of Prescott Community Development Department, Planning Unit, 201 S. Cortez St., Prescott, AZ 86303; or by email to one of the following (please use these address options to sort comments according to project): AEDNorth@prescott-az.gov, AEDSouth@prescott-az.gov or AEDGeneral@prescott-az.gov. 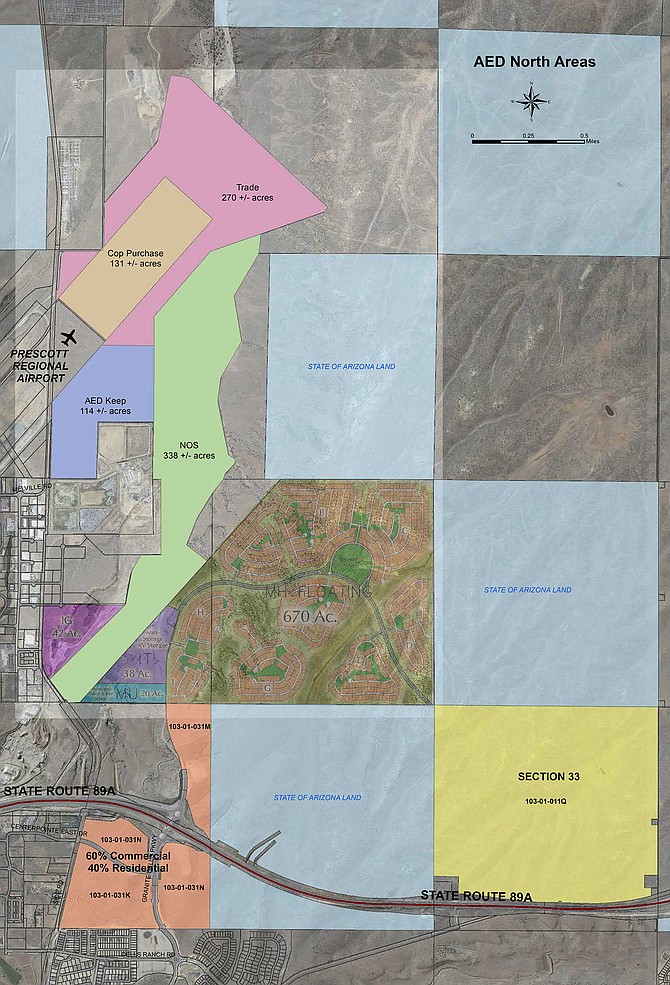