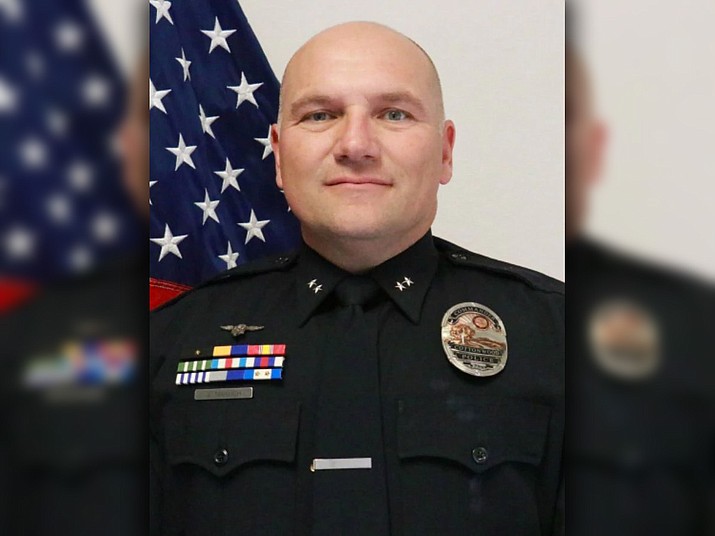 The Cottonwood Police Department has issued a warning about a phone scam.

The scam attempts to solicit donations for a police commander who died last week.

Sgt. Monica Kuhlt urged resident to ignore phone calls asking for donations to benefit the family of Cmdr. Jody Makuch, who was killed after being struck by a driver who drifted into oncoming traffic and collided head-on with Makuch’s motorcycle. There are online accounts set up for that purpose.

“Someone is trying to benefit from the tragic loss of Commander Makuch,” Kuhlt said in an email. “They are calling people and asking for their credit card information representing themselves as someone from Law Enforcement Heroes or law enforcement on behalf of Jody Makuch.”

Kuhlt said no one from Law Enforcement Heroes, nor anyone else representing the police department, will call and ask for credit card information.

The legitimate websites can be found at https://www.gofundme.com/f/the-jody-makuch-family and http://www.lawenforcementheroes.com/fallen-officer-memorial.html.

Donations can also be made directly to the Cottonwood Police Department, in person, at 199 S. Sixth Street in Cottonwood.

The services are open to the public. Precautions will be taken for social distancing, but everyone is asked to wear a mask. The Cottonwood Police Department is working on livestreaming the funeral for those who cannot make it or may have a compromised immune system.

The department will provide updates as the date approaches.