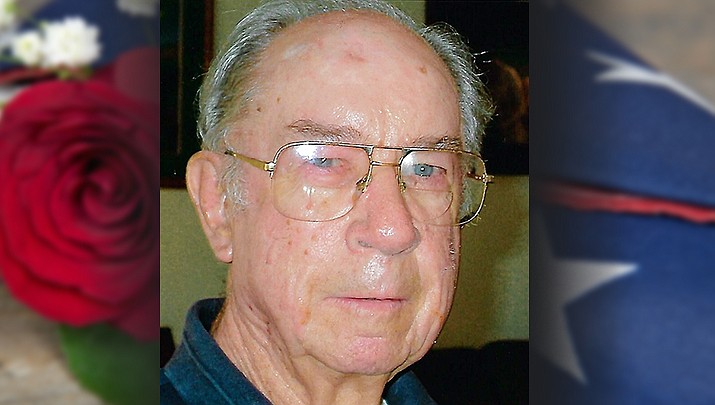 He enlisted in the Army Air Corps when he was 17 years old to serve his country. He helped to clean up Germany at the end of World War II. When he got out of the service, he moved to Arizona to meet up with his high school sweetheart, Eileen, who was working for the Orme Ranch in Mayer. He became a ranch hand, took the kids on camping trips, and picked up supplies from Phoenix.

Peter and Eileen married in 1950 and had two children, Patricia and Kevin. He attended Arizona State University and got his degree in Agronomy. The three good choices for jobs at the time were cattle, copper or cotton. He went to work for Capital Feed and Seed and sold products to farmers in Arizona and California.

Pete hiked the Grand Canyon five times. He went on an African Safari when he was 86 years old. He played golf, went to the YMCA six days a week, where he made lots of friends over the years. He developed Neuropathy in his legs, but never gave up on trying to get his legs strong again. He was a member of the Lions Club and attended all the lectures and social activities at Las Fuentes. If you knew Pete, you were his friend.

He is preceded in death by his wife, Eileen; and his brother, Jimmy. Peter is survived by his two children, Patricia Zaput of Prescott and Kevin (Sheila) Zaput of Prescott. He has two sisters, Marianne Gill (George) Deceased of Glenville, Conn., and Carol Wolf (Richard), Breezy Point, New York, and Ethelyn, his sister-in-law of Flushing, New York. Pete has two grandchildren, Meghan (Jim) Grosso of Phoenix and Kaitlin (Justin) Gries of Phoenix, and four great-grandchildren.

Due to COVID-19 there will be a private ceremony at the Veterans Cemetery and arrangements for a Mass at a later date at Sacred Heart Catholic Church.