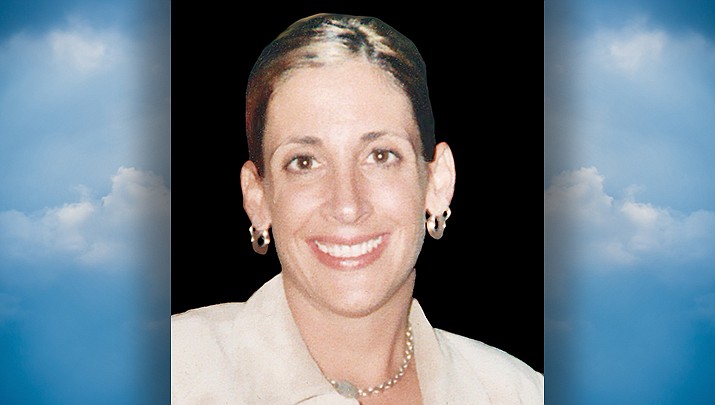 Mary Evelyn Wrenn was born Oct. 22, 1966, and died Aug. 27, 2020. She is survived by her sons, Matthew and Ryan Woodward; her parents, Mary Lynn and James Wrenn; her brothers and their families, George and Devon Wrenn and their children Ariana, Shelby and Taylor, Michael and Mary Beth Wrenn, Christopher and Cassie Wrenn and Shayla and Kole; and sister, Melissa Jane Wrenn; along with many cousins and friends.

She graduated from Prescott High School in 1985 where she enjoyed cheerleading. She went on to receive her bachelor’s and master’s degrees from Northern Arizona University in Speech Language Pathology.

She had a successful career in the field of Speech Pathology for over 20 years. Her career began at St. Joseph’s Hospital in Phoenix, followed by 12 years at El Dorado Hospital in Tucson, where she became an expert in traumatic brain injury, swallowing therapy, acute care, rehabilitation, and outpatient care.

She was married in 1991 and had two sons, Matthew and Ryan Woodward. Both are now studying at Northern Arizona University and will be graduating in May 2021.