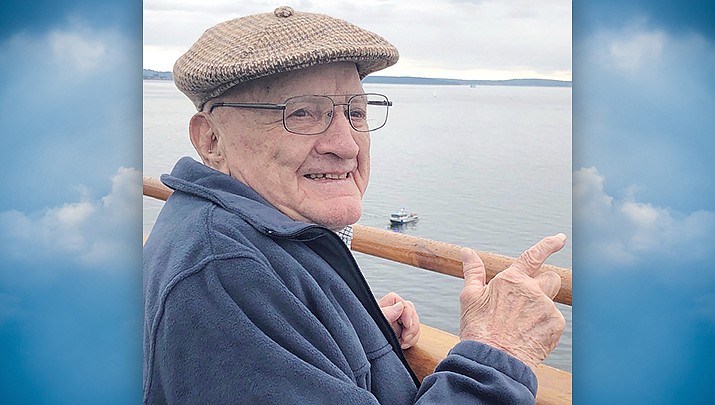 In 1956, he married the love of his life, Margaret Brenneman in Goshen, Indiana. They started their family and moved to Phoenix where they continued to grow, sharing in the creation and birth of three children before Margaret’s unexpected passing in 1968. Shortly thereafter, Al’s Heavenly Father sent him the most amazing woman, Evelyn Zuercher, to love, cherish and complete his family. Al and Ev were married and moved to Prescott, Arizona in 1972 to raise their children in the small mountain town. They were blessed with 47 wonderful years together before Evelyn passed in 2016.

Al was a devout man of God. There was nothing more important to him than studying the Bible, and teaching his children and grandchildren of Jesus’ love. He was never a preachy man but rather lived by example. He spent his days looking for opportunities to live out what he had studied. There was always room for a stranger in his home or at his table. The greater the degree of marginalization in society, the greater the embrace from Al Cross. Al was a stranger to no one and consciously worked every day to be a better listener. He embraced being a life-long learner. Al loved the outdoors and appreciated God’s creation. He enjoyed hunting (so much so he taught Hunter Safety Classes for over 30 years), fishing, camping and most of all family gatherings with Ev’s delicious HOT food!

He leaves an amazing legacy of faith and love. He spent his life facing challenges with faith and prayer rather than living in fear.

He is survived by three children, David Cross (Monica) of Cardiff by the Sea, Calif., Barbara Cross Wilson (Joe) of San Marcos, Calif., and Jennifer Cross Funke (Patrick) of Phoenix and his most beloved grandchildren, Zane, Jessica (Daramola), Nicole and Danielle Cross, Clayton and Jack Wilson, Quinn and Grady Funke and great-granddaughter, Elisheva Daramola. Additionally, Alvin is survived by three half-brothers, Ken Cross, of Texas, Jim Cross of Ind. and Alan J. Cross, Ind., along with numerous nieces and nephews whom he loved dearly. He has been reunited with both of his wives; parents; sister, Amanda Thomas and brothers, Howard Cross, Melvin Cross and Mahlon Jr. Cross in heaven.

In lieu of flowers, donations may be made to Hospice of the Valley.

There will be an outdoor Celebration of Life Memorial Service in late November. Please visit hansenmortuary.com for online condolences.