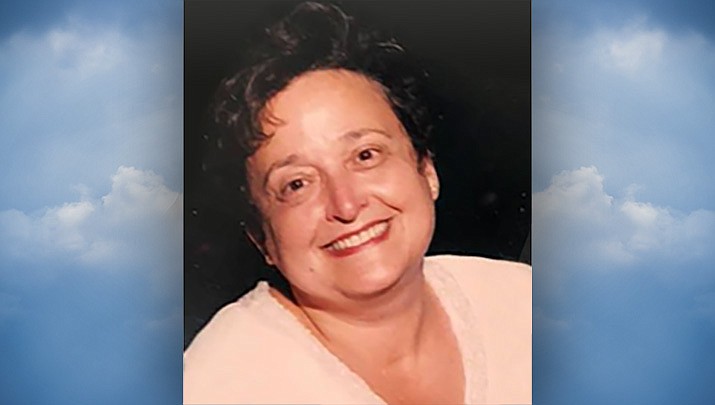 Sandy and her husband, Richard (Rick), found Prescott Valley at the end of the rainbow they had followed since leaving Somers, New York, in search of adventure and the perfect home for their retirement years. In PV, they found both — and much more — a welcoming, nurturing community that inspired them to postpone full retirement while they started a new business, Prescott Valley Travel Consultants, a member of the Arizona Business League. They became deeply involved in their community, as business leaders in the Prescott Valley Chamber of Commerce, and as members of both Soroptimist International and the congregation of Prescott’s Temple B’rith Shalom. There, over the years, Sandy was very active in the Sisterhood, holding several key leadership positions and becoming an eager participant in its book club. When both worship and the book club became virtual this year, Sandy continued to embrace both. Another abiding passion was her love of opera and symphony.

Born in Queens, New York, on Dec. 1, 1942, Sandy was the oldest of four sisters born to Jerome and Esther Cohen. In 1949, the family moved to Mastic Beach on Long Island, where Sandy was always at the top of her class, culminating in her being valedictorian of her high school’s first graduating class in 1960. In 1958, Sandy had met Rick, and their 62-year love story began. They were married on Dec. 24, 1961. As their children grew, Sandy returned to college and earned her Master’s degree at Fordham University, New York City.

Sandy is survived by her loving husband, Rick; two sons, Alan and wife Jennifer Roh Bernstein of Melbourne, Florida, and Paul and wife Jennifer Steinfeld Bernstein of Santa Clarita, California; five granddaughters, Nicole and Brad Rennels, Kayla and Damian Meza, and Deborah Bernstein of California, and Kyleigh and Makenna Bernstein of Florida; three sisters, Anita Cohen and Marty Van Lith of Brookhaven, New York, Fern Simes of Riverhead, New York, and Allison and Michael Flannery of Prescott Valley; and sister-in-law Jody Bernstein of Prescott Valley. Sandy was predeceased, in 1964, by her daughter, Deborah Elizabeth; in 1967, by her brother-in-law, Leslie Paul Bernstein; and, more recently, by her brother-in-law and sister-in-law, Stanley and Marcia Bernstein.

Funeral arrangements were entrusted to Heritage Memory Mortuary, Prescott. Donations in Sandy’s name may be made to Temple B’rith Shalom in Prescott, or the American Cancer Society.