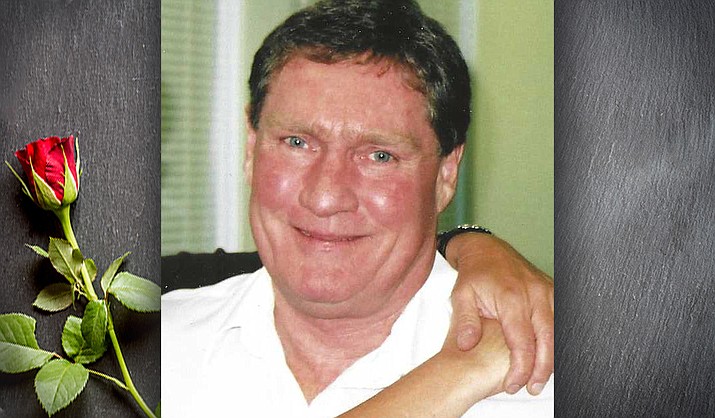 His father, Bob Alfred Lauterbach, was a First Lieutenant of the 35th Fighter Bomber Squadron in Korea. When David was 4 years of age, in June of 1951, his father’s fighter jet interceptor was shot down on a mission over North Korea and his father’s remains were never recovered. His mother Margaret ‘Maggie’ Chipperfield later married Robert Chipperfield and they had David’s brother, Mark. Maggie predeceased David on Christmas day in 2004, with David at her side and some years later David’s brother also passed away.

In his childhood years, David attended school at Lafayette Elementary School in Phoenix. He often spoke fondly of his third-grade teacher, Ms. Geraldine (Jerry) Emmet. As an adult, he rekindled and cultivated that friendship with her after returning to Prescott. True to David’s nature, he regularly visited with Jerry until her death in April of 2019. After graduating from Camelback High School in 1965, David attended NAU and ASU. After some post college adventures in Europe, Turkey, and the State of Washington, David eventually re-settled in Phoenix and worked in the banking industry before establishing himself as a title examiner with Transmerica Title.

In 1982, David moved to Prescott and worked for many years with Transamerica Title, and then First American Title, before retiring from the title business in 2012. While in the title business, David approached his work seriously and with dedication. His skill at title research was respected by countless attorneys, realtors, and others. No one was surprised, therefore, when upon retiring from the title business, David was quickly hired by the law firm of Musgrove, Drutz, Kack, and Flack. David was an integral part of that law firm until August 2020.

David was a generous and devoted friend. His friendships meant the world to him, and those of us who knew him as our friend, appreciated his love, encouragement, faith, and his simple appreciation for our companionship. Those who knew David know that, while he was set in his ways, he always had a mindset to help people. Whether it was his roles such as ‘Ms. Doubtfire’ and Santa Claus at FATCO, or as a clown in the Prescott Christmas parade, whether it was visiting and reading to people at nursing homes, or going out of his way to do title work when requested, or celebrating people’s birthdays with cards of affection, David had a soft and sentimental heart for people and they felt very fortunate to be his friend. David loved living in Yavapai County, and often said everything in life you could want is in Yavapai County.

Most important upon reflection about David and his life is that he was a man of faith who loved the Lord. His Bible contained a list of prayer requests for friends, for members of his church at Solid Rock, and for his daily attitude. He started and closed his days with a daily devotional and the daily prayer from his Bible bookmark offered a glimpse of where David put his trust: “I offer You my thanks, dear God, for all You’ve done for me.”

Fittingly, David’s attitude about life is reflected in advice he gave one of his best friends before he died. David said, “We gotta keep the faith.” David will be missed by everyone who knew him.