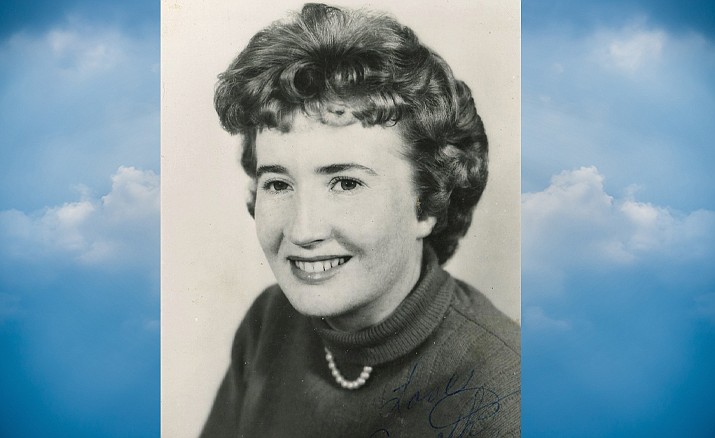 Janath Flake Johnson peacefully passed away on October 19, 2020 at her son’s home in Gilbert, Arizona, at the age of 84.

She grew up in Snowflake as a self-proclaimed tomboy, where she could play sports with the best of the boys. She was musically inclined and learned to play the piano, violin, and trumpet.

At the age of 8 her father died and she became a second mother to her younger brother and sister while her mother worked.

She was a lifelong member of the Church of Jesus Christ of Latter-day Saints, where she served in many callings and positions throughout the years. She served in the Northern States Mission at the age of 21 serving much of her time in Chicago in the mission office. After returning home, she finished college at ASU and received a degree in education. She was setup on a blind date with Darl Jodie Johnson from Prescott and they married in the Mesa Temple on August 25, 1962. They moved to Prescott where she lived most of her life.

In addition to church assignments, she worked in the BYU bookstore, ASU bookstore, FBI, fifth grade schoolteacher at Miller Valley Elementary School, English professor at Embry-Riddle and later as a substitute teacher for the Prescott School District. Her pride and joy were her children Bert, Jodie and Ginger. Once children came into her life, she stopped teaching and stayed home to raise them.

She loved scouting eventually earning her Silver Beaver Award. Many boys became Eagle Scouts due to her dedication.

She truly had three great loves in life. Her faith, her husband, Darl (preceded her in death on December 4, 2010) and her family. She was drawn to genealogy and spent most of her life learning about her ancestors. Janath seemed to know everybody and how they were related, who their grandparents were and always had a story about them to share.

A viewing is scheduled for 9:00 a.m., Monday, October 26 and a funeral service and celebration of life will follow at 10:00 a.m., at the Church of Jesus Christ of Latter-day Saints, located at 3572 E Guadalupe in Gilbert. The interment will occur on Tuesday, October 27 at the Pioneer Cemetery in Prescott at 10:00 a.m.