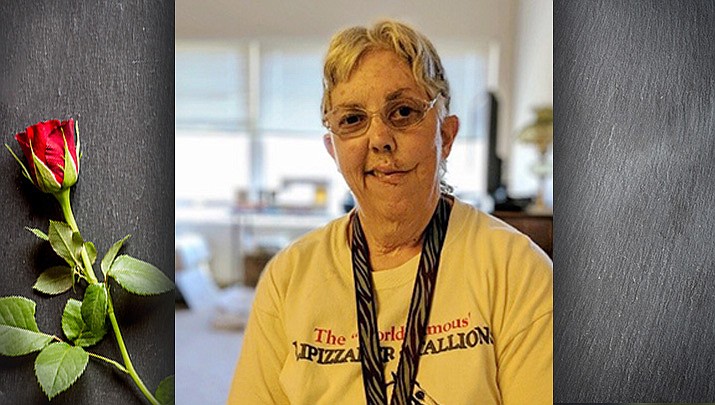 Jody Lee (Alfano) Peterson, age 67, passed away suddenly on Sept. 28, 2020, in Flagstaff, Arizona. She was born in 1952 to Leroy and Janet Alfano in Chicago, Illinois, and raised in the suburb of Des Plaines, Illinois.

She graduated Maine West High School in Des Plaines, in 1970. She moved to Prescott, Arizona, in 1983 and worked as a records clerk for Yavapai County for many years before moving to Phoenix, Arizona, and working as a clerk for the State. Jody retired in 2016 and moved to The Peaks in Flagstaff, in 2018.

Jody’s zest for life was undeniable, she was diagnosed with Polio at 2 years old and her parents were told if she survived, she would likely never walk or talk. She not only walked and talked, but ran, rode horses (winning many ribbons), went on to get married, become a mother, grandmother and lead a productive life. Jody loved to quilt, cross stitch and sew. She also studied genealogy and loved taking cruises. She was always willing to lend an ear or helping hand to anyone in need.

A Memorial Service will be held at Lozano’s Flagstaff Mortuary on Saturday, Oct. 24, 2020, at 3 p.m. In lieu of flowers donations can be made to St. Jude’s @ stjude.org to the Jody Alfano Peterson Memorial Fund.