Opioid abuse remains scourge but there are ways to fight back 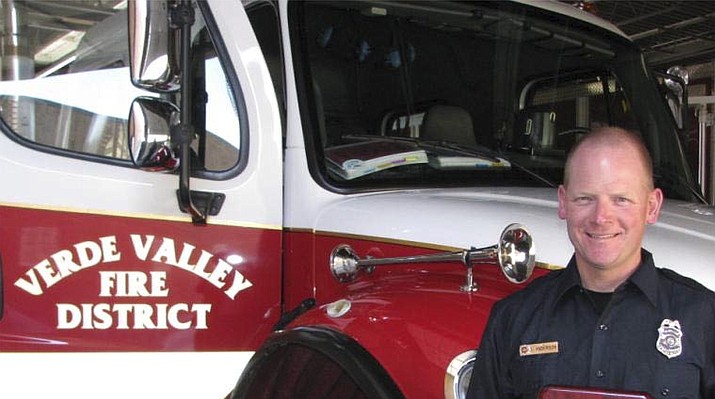 In Arizona and Yavapai County, opioid abuse is not over exaggerated – six people a day die of an opioid overdose.

These are not just numbers – they are people – young men and women, older men and women from all walks of life with dreams, ambitions, families and friends ripped apart by addiction to opioids and other drugs purchased both legally and illegally. For some, the lure of addictive substances started when they were seemingly invincible teenagers.

In a one-hour MATForce webinar Tuesday morning on the opioid crisis, and the use of overdose life saver naloxone, Verde Valley firefighter/paramedic and MATForce volunteer Ivan Anderson was clear the opioid trend is troublesome. Not only is opioid addiction killing people of all ages – 19 of the 68 overdose deaths were in people between the ages of 21 and 30 and 16 were between the ages of 61 and 70 with another 12 between 41 and 50 – but its societal stigma is robbing people of the empathy required to ensure that those wrestling with addiction get the help they need to heal, he noted.

The societal image of a street corner, big city “junkie” is an easy way to ignore a problem that is far more widespread and rampant in pretty, safe communities than one might wish to admit, Anderson said.

MATForce Executive Director Merilee Fowler said the message about stigma is critical because substance abuse disorders do happen to all kinds of people and there needs to be community empathy and care to educate early about addiction and offer help when that becomes needed.

“Opioid abuse doesn’t discriminate,” said Anderson who noted wealthy celebrities have lost their lives to such addictions just the same as someone who might be homeless. “They will wreck your life no matter who you are.”

Beyond education that MATForce promotes in schools across the county, Anderson said people need to know of other tools to combat opioid abuse, including the lifesaving drug naloxone, available commercially as the product Narcan.

Narcan (naloxone) is an “opioid antagonist” that attaches to the narcotic receptors that during an overdose attacks the nervous system and ability for someone to breathe.

In an overdose situation, a person may still be able to breathe, but it’s slow and labored, and without help they can lose consciousness, or suffer other complications, that without intervention will lead to death. Narcan comes both as an injectable liquid or as a nasal spray that work almost instantaneously to rouse someone who has overdosed, Anderson said. The Narcan is not a replacement for medical attention, but it provides 45 to 90 minutes of time to get emergency, life-saving treatment for the victim, he said.

As for ill effects, Narcan has been deemed a safe intervention for opioid overdoses, Anderson said. The drug does not work on non-opioids, however, in many cases one may not know what substances have been consumed, and even if Narcan is not effective on all, it is likely still a better option than to do nothing, he said. Naloxone has been found to metabolize in the body without ill effect, he noted.

Anyone responding to an overdose should also dial 9-1-1- for emergency care, Anderson said. But Narcan can make the difference between life and death in many situations, he said.

The state’s Good Samaritan law protects individuals if they use the drug to help save one, but the person still later has complications, or dies, Anderson said. A prescription is not required to obtain Narcan. The kits can be purchased at local pharmacies, or can be obtained for limited or no charge at local health departments, Anderson said.

In Yavapai County, the kits are available through Community Health Services at no charge or at MATForce.

Even those who may not have a family member with an abuse issue may want to obtain a kit because they might encounter a colleague or a fellow customer in a store who needs that assistance, Fowler said.

In his work, Anderson said he and his fellow first responders often encounter patients with addictions who require multiple doses of Narcan for multiple overdose episodes. Though it might be easy to lose patience with these individuals, Anderson said he tries to remind himself they simply have not yet received the help they require. He said he strives to maintain empathy because addiction is not a simple fix.

“That’s why it is so important our community is prepared to everything we can do to prevent overdose deaths. It’s why prevention is so critically important with our youth,” Fowler concluded.

1-Be sure you know your child’s complete itinerary for the evening, including who they will be with and phone numbers where they can be contacted.

2-Discuss the school’s prom rules regarding alcohol with your child and the consequences for violating these rules.

3-Determine a fair curfew that is based on your child’s previous history of responsibility.

4-Take stock of all the alcohol and prescription drugs in your home.

5-Do not rent hotel rooms for the after-party.

6-Communicate with other parents and school officials to create a unified force against alcohol and drugs.

7-Know who is driving and ensure the driver will remain sober for the entire evening.

8-Establish a couple of mandatory call-in or text-in times such as right after prom, from the after-party location and on their way home.

9-Give your child the unconditional option of calling you at any time for help or advice which includes picking them up if needed. Create a code word that your child can use to indicate that they need your assistance.

Ivan Anderson serves on the MATForce Speakers Bureau and is the 2009 MATForce Volunteer of the Year. He is a father of two, a Verde Valley Fire District fire fighter and paramedic. For more information, visit matforce.org or the Partnership’s Affiliate website at PartnerUpAz.org.