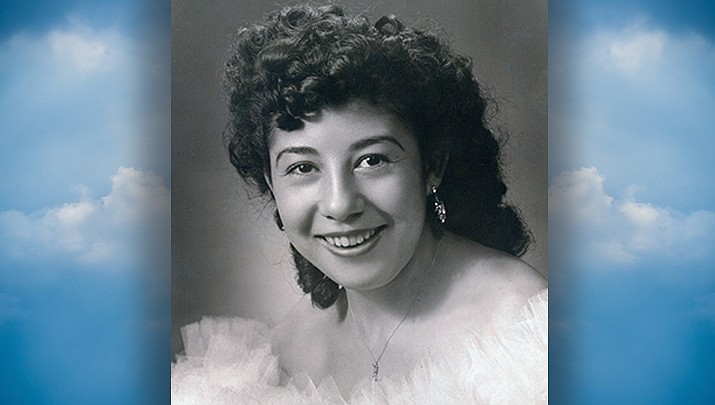 Julia Lopez Herrera Alexander-Blomgren, resident of Dewey-Humbolt, Arizona, formerly of Yakima, Washington, passed away on the 7th of October 2020 at Flagstaff Medical Center at the age of 83 years. Juliana Lopez Herrera, always known as Julia, was born in Flagstaff, Arizona, on Jan. 7, 1937. She was the 13th child in a family of 15 children.

She grew up in Flagstaff and has fond memories of playing with her siblings when she was young. However, after her mother died when she was 11, Julia had to stop going to school and begin working. She worked in a small country store, her grandmother’s restaurant and in a hospital until she married her first husband, Victor Muñoz, in May 1955. They welcomed their first child, Phyllis, in February 1956. However, they were divorced shortly after Phyllis was born and Julia married Howard Alexander and welcomed his two children, Richard and Rhonda, and together had three more children, Christina, Jennifer, and Howard. They lived in Weiser, Idaho, until they were transferred to Washington State and lived in Burlington, Bellingham, Moses Lake, Aberdeen, and Yakima.

Julia was always a hard-worker and fiercely loved those in her life, her family, friends, and day care kids. She lived to serve and take care of those around her. She loved learning new things and with Glen’s help she was able to complete classes and receive her GED at the age of 55, one of her proudest accomplishments. Julia was a natural teacher and she and Glen could always be found teaching others how to dance, it is how they kept themselves young at heart.

When asked if she had a life motto, Julia responded saying, “I believe family comes first before anything else. When you start something, finish it, and do the best you can. And never let a day go by without saying your prayers.”

Julia will be greatly missed, but never forgotten, by her eternal companion and husband, Glen Blomgren; her children, Richard Alexander, Christina [Mike] Munson, Jennifer [Chuck] Smith and Howard [Jeanie] Alexander; her siblings, Patrick, Lydia, Isabel and Aurelia; and a large and loving posterity of 35 grandchildren, 45 great-grandchildren, and many nieces and nephews.

A Memorial Services was held on Wednesday, Oct. 14, 2020, at Mortimer Farms in Dewey, Arizona. An additional viewing and memorial service will be held in the Selah Stake Center of The Church of Jesus Christ of Latter-day Saints on Saturday, Oct. 17, 2020, at 10:30 a.m., after which Julia will be laid to rest at West Hills Memorial Park in Yakima, Washington. Condolences and memories may be shared with the family at www.FlagstaffMortuary.com.