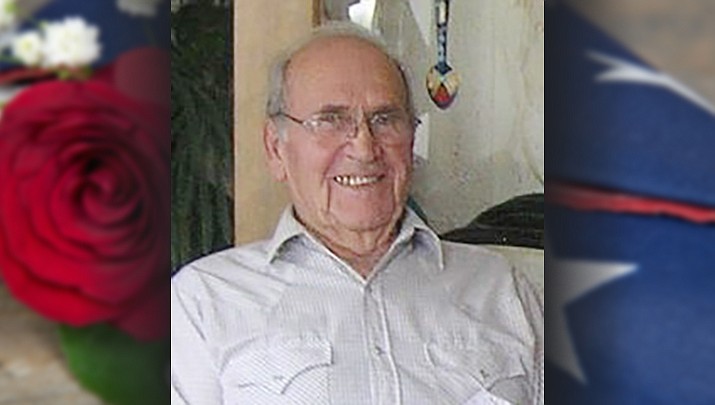 Harry Phillip Gentle, 96, passed from this life on Oct. 1, 2020, in the comforting care of Peppi’s House on the Tucson Medical Center Campus. Harry was born on April 7, 1924, in Detroit, Michigan, to Edith and Joseph Gentle. He enjoyed a full childhood accompanied by four brothers and one sister.

After working for the Ford Motor Company, he left to join the U.S. Navy in January 1943. We always enjoyed his many stories from 1943 to 1946 with the Seabees in the Philippines.

While he spoke fondly of those days, his real joy was discharging from the Navy and marrying his Michigan sweetheart, Priscilla June Beard, on Sept. 3, 1946, in Detroit. In 1952, Harry, Priscilla, and their first born, Larry, made the trip to Arizona. Harry worked as a member of the Arizona Pipe Trades until 1988 when he and Pricilla decided to retire to Prescott, as an escape from the Tucson heat.

Priscilla passed in 2017 and Harry returned to Tucson to be near his two additional children, Betsy and Danny. He will be missed dearly by his three children, seven grandchildren, and five great-grandchildren.

Due to the pandemic, memorial services for Harry will be a private family event.