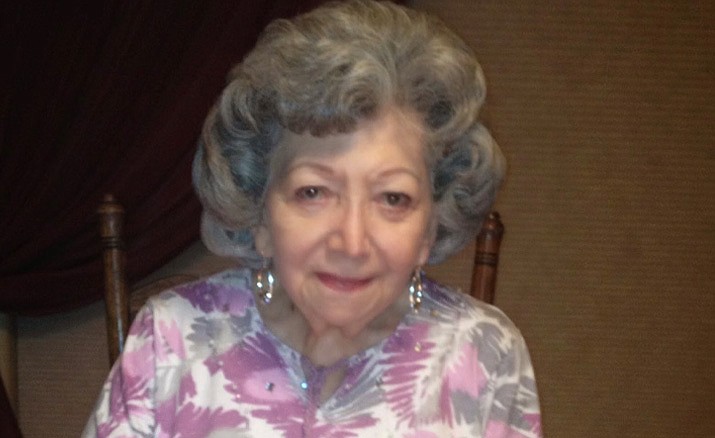 She married Donald Buscarino on April 19, 1955 in Las Vegas, Nev. Don and Dora lived in Pico Rivera and Buena Park, Calif., where he preceded her in death.

Dora worshipped at Sacred Heart Catholic Church with her family and friends. She cherished the care, love and attention she received from friends, family and staff while in hospice care at Granite View and Aspen Creek.

A memorial service at Queen of Heaven Cemetery in Rowland Heights, Calif., is pending.

In honor of her life and in lieu of flowers, please consider a donation to Maggie’s Hospice of Prescott, Ariz.