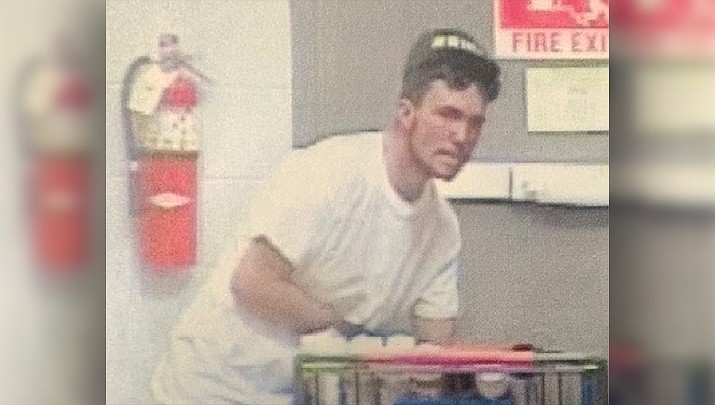 According to police, officers received a report of this suspect allegedly stealing a scooter and other items from the Walmart on Glassford Hill Road in Prescott Valley. (PVPD) 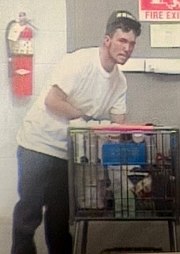 Prescott Valley Police stated Friday, Nov. 13, 2020, they wanted to talk with this man, a suspect in a theft from WalMart. Police reported Saturday he has been identified and arrested. (PVPD)

According to police, officers received a report Friday, Nov. 13, of the suspect allegedly stealing a scooter and other items from the store.

Police officials stated that they were looking for a white man in his late to mid-20s. The suspect was identified and arrested. “Thank you all for your assistance in this matter,” the Police Department stated on its Facebook page.

According to PV police, the suspect left in an early 2000’s black Chevrolet Silverado with dents on the passenger side. The truck was slightly lifted, with orange colored running boards and the front tires were leaning in toward each other. The truck had several tires in its bed and didn’t have a tailgate.

The PVPD did not immediately release further information, such as the suspect’s name or hometown, the dollar amount allegedly stolen, or when and how the case came to a conclusion.