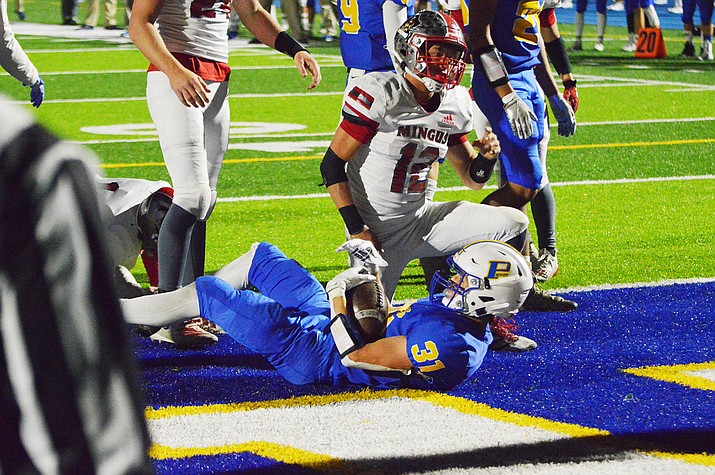 Prescott running back Nathan Wright (31) scores a touchdown in the first quarter, his first of three on the night. The Badgers beat Mingus 43-35 on Friday, Nov. 13, 2020, in Prescott. (Brian M. Bergner Jr./Courier) 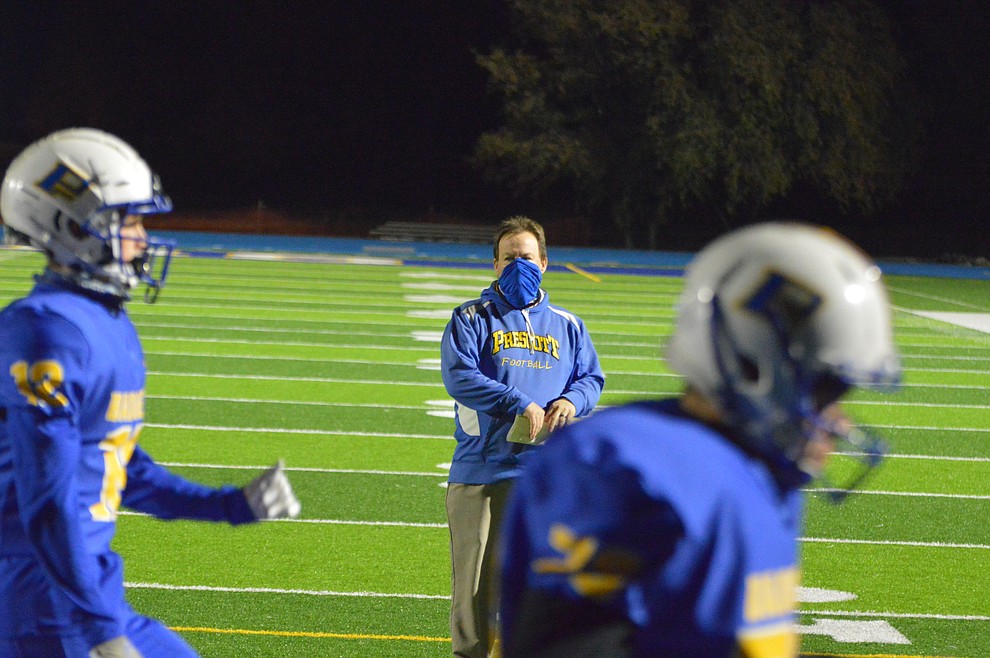 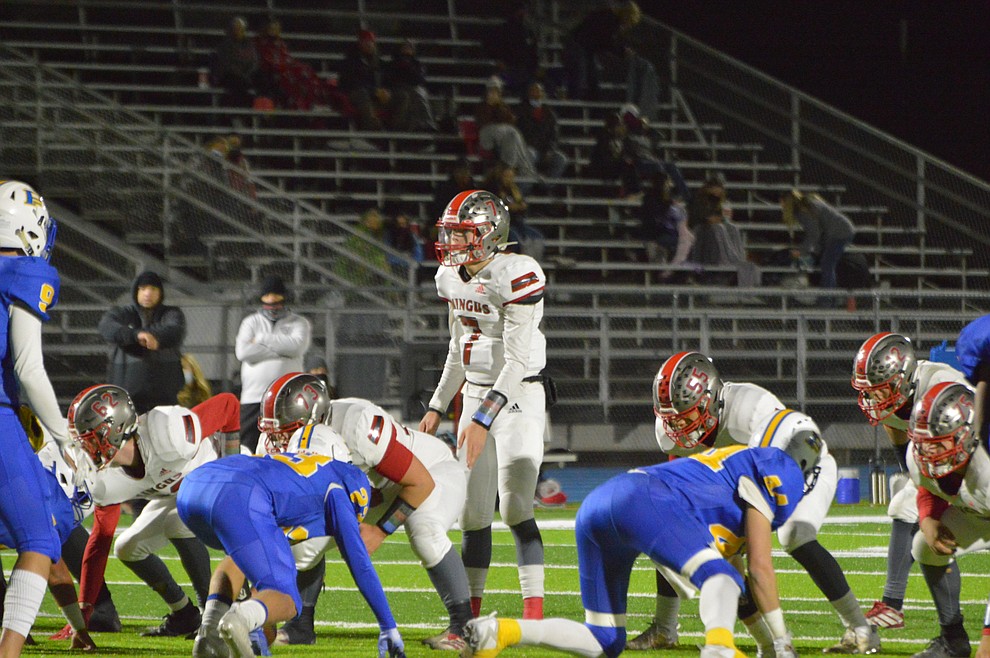 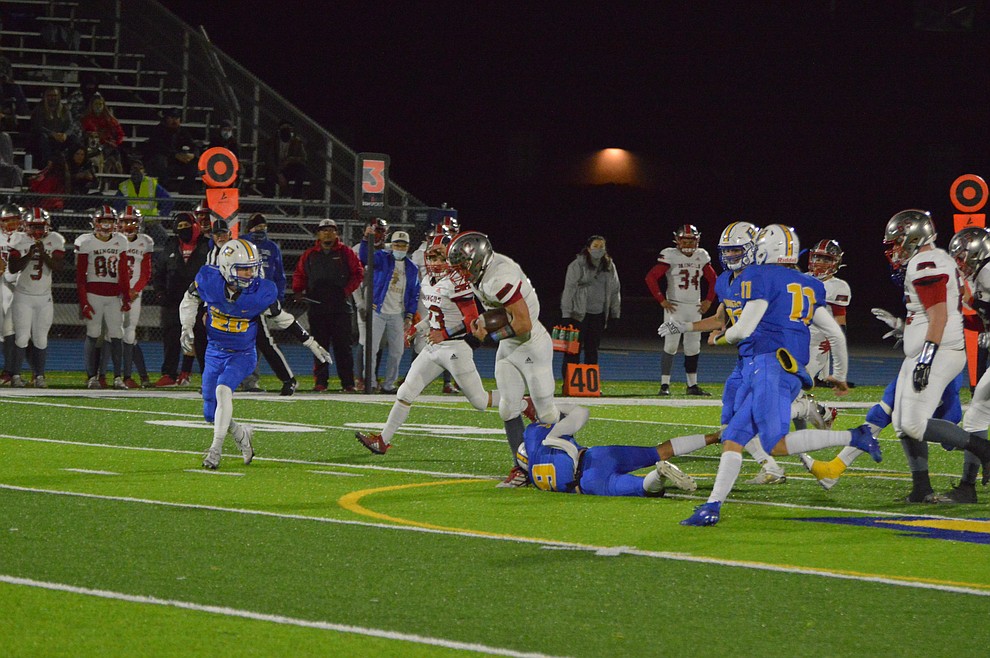 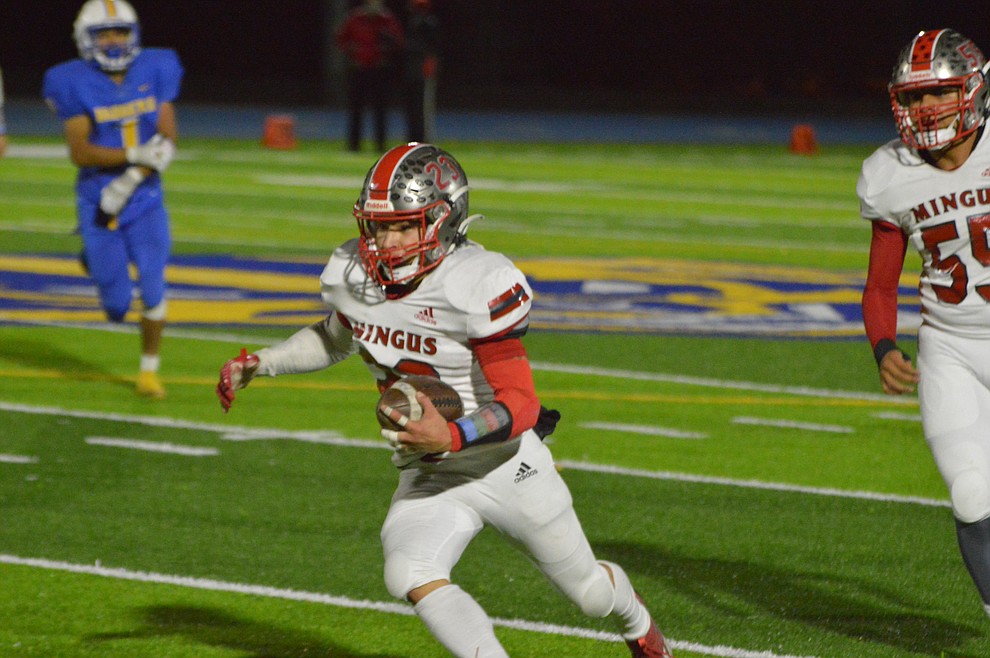 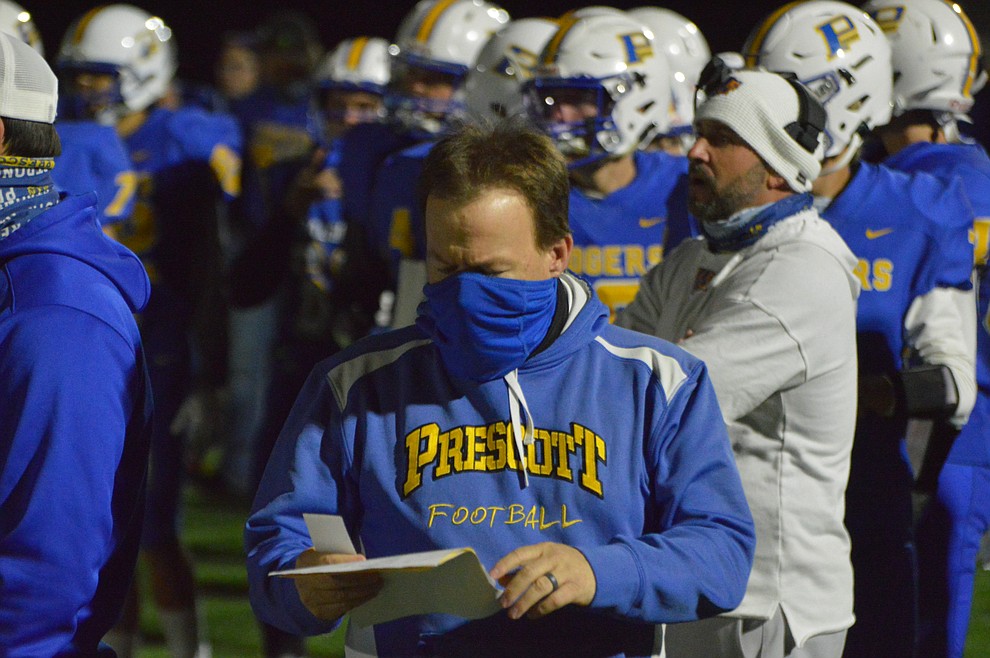 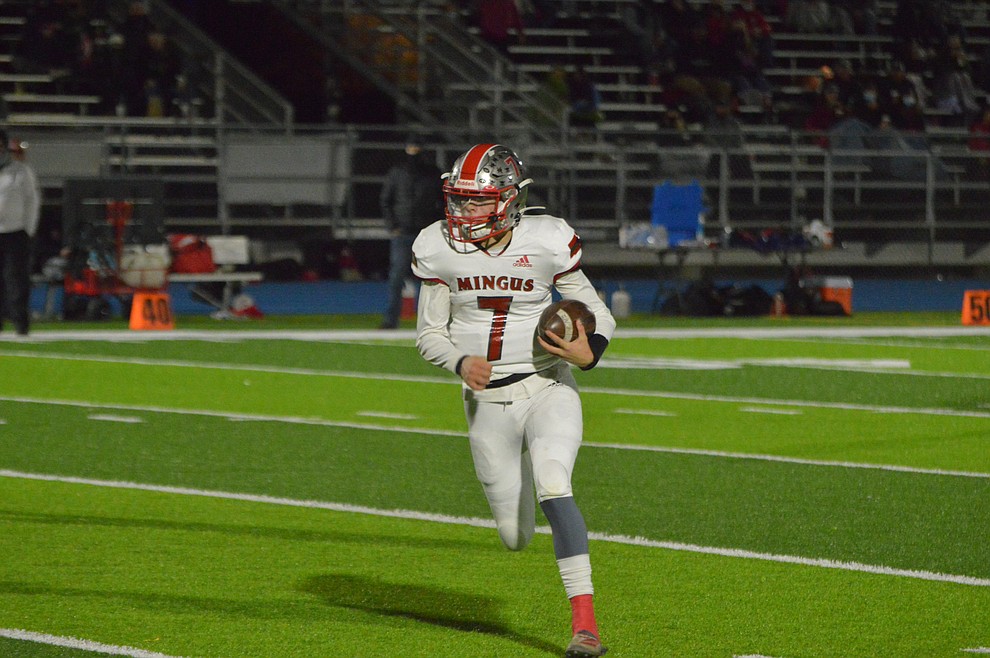 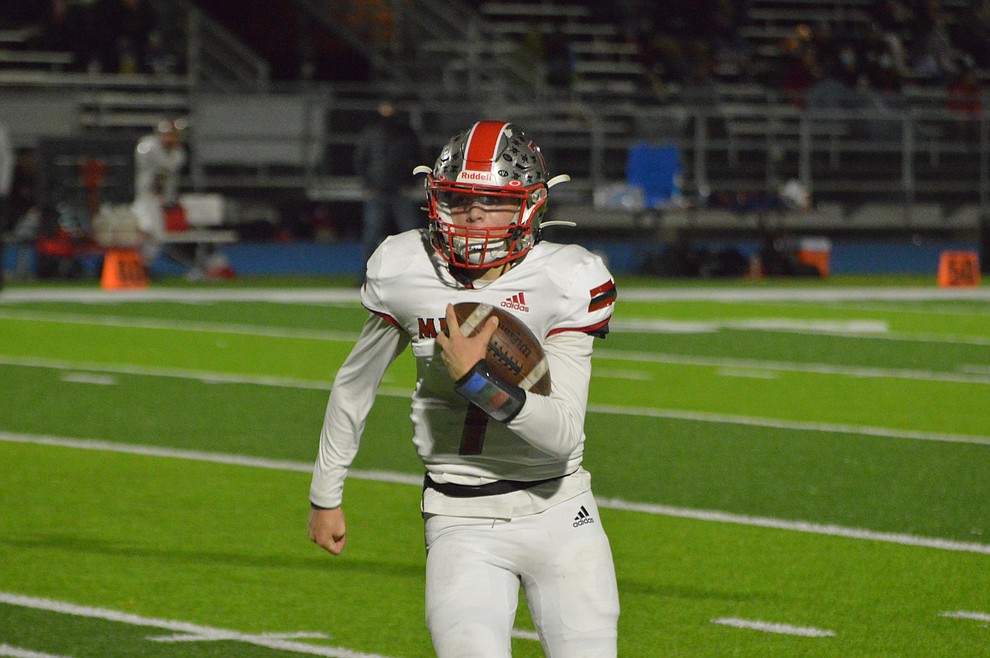 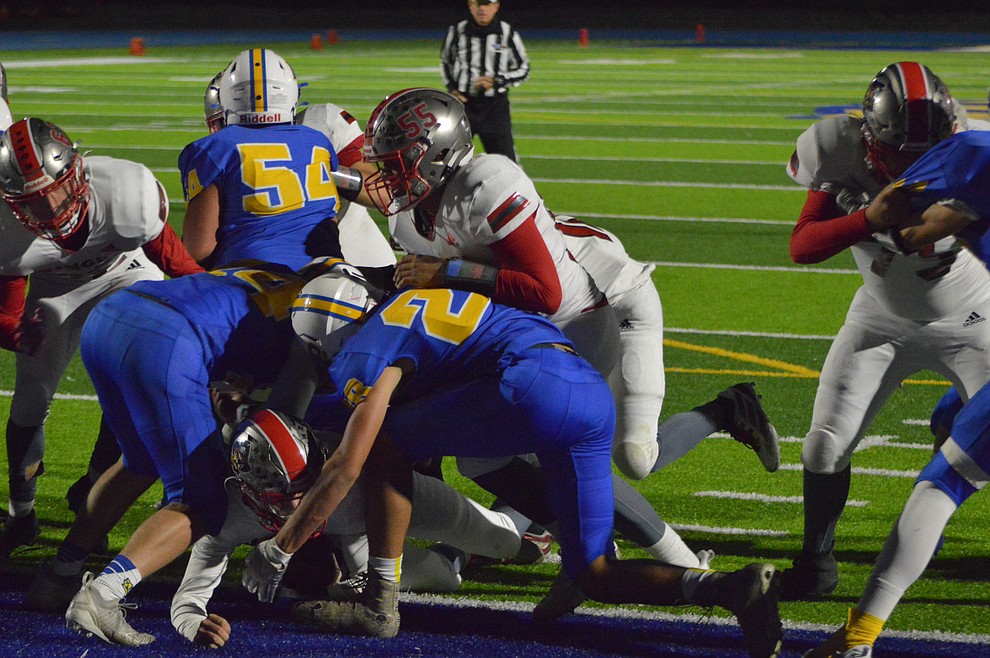 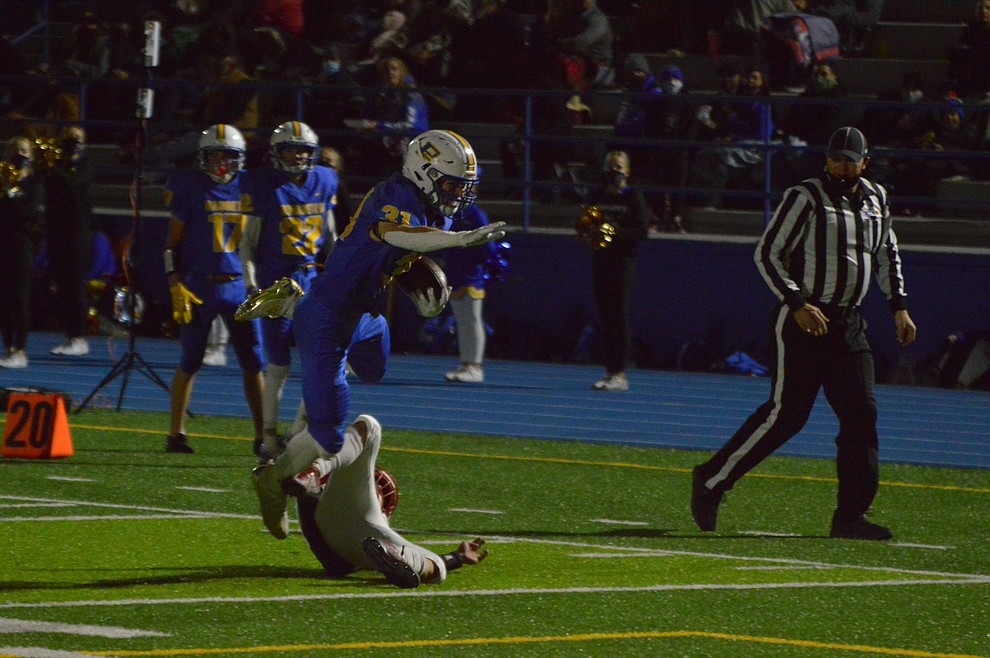 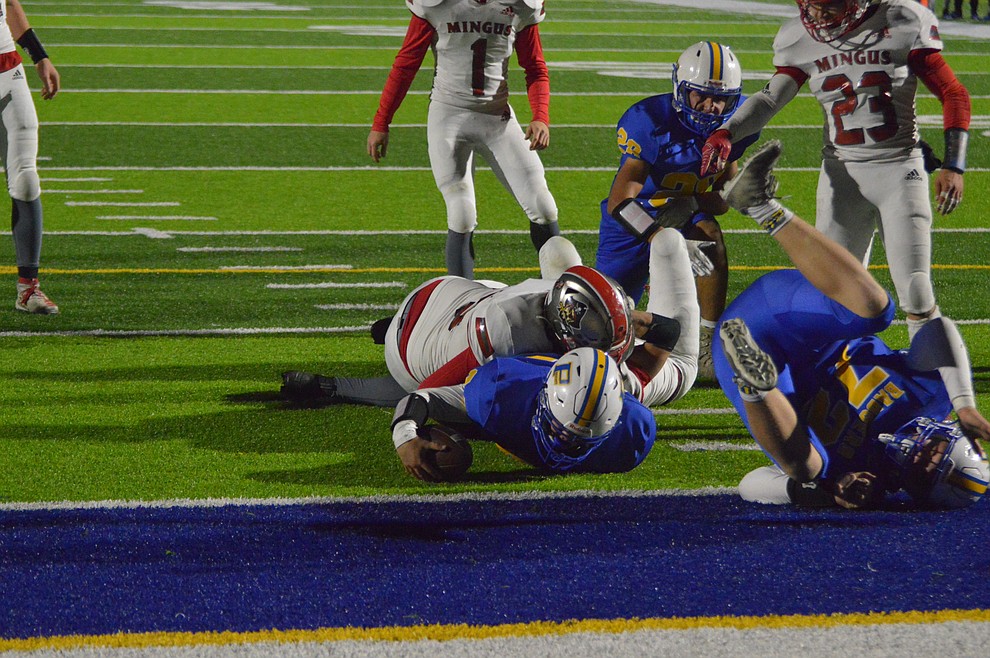 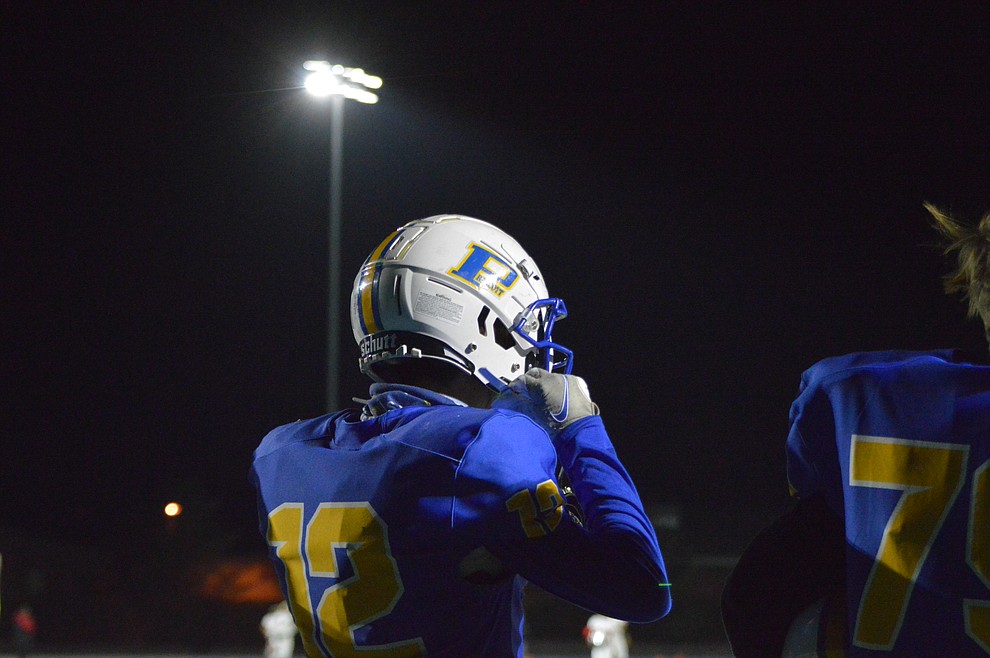 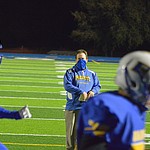 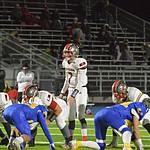 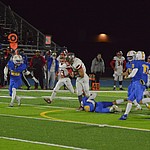 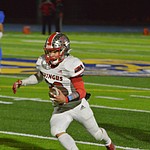 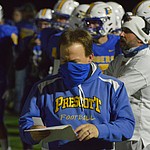 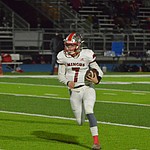 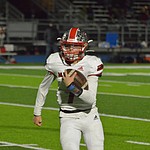 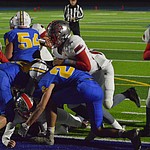 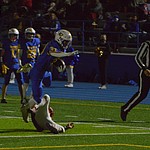 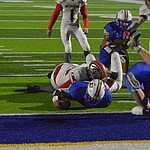 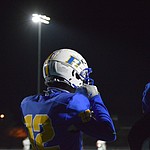 PRESCOTT — Nathan Wright scored three touchdowns and had nearly 200 yards rushing, Cody Leopold had two scores and the No. 13-ranked Prescott football team stretched their winning streak to four with a thrilling 43-35 win over rival Mingus on Friday night.

After starting the season 0-3, the Badgers (4-3, 4-2 Grand Canyon) have now put themselves in position for a potential state playoff berth.

“I was proud of our effort, proud of our preparation … We knew, if you watched Coconino play Mingus last week, we knew this was going to be a dog fight,” an elated Prescott head coach Cody Collett said on the field after the game. “We knew it was going to be this kind of game.”

With 1:09 to play, Mingus quarterback Zach Harrison found a wide open receiver in the end zone for a touchdown to cut Prescott’s lead to two, 37-35.

For a team (and a quarterback) that hardly throws the ball (Harrison had only 55 attempts all season coming into Friday), the passing score surprised almost everyone on the Prescott defense, Wright said.

On the next play, however, Prescott’s defense stood tall, denying Mingus the two-point conversion to keep their 37-35 lead.

“That was insane. We played a lot of dog-fight football tonight. … We knew we could make the goal line stand, and that’s what we did,” Leopold said about the two-point conversion stop.

“It was awesome, it was a great feeling,” Collett added about the play.

After recovering the onside kick, all Prescott needed to do was run out the remaining time on the clock since Mingus had only two timeouts left.

But Leopold, a sophomore, had other plans on the Badgers’ second play, bouncing to the outside on an unsuspecting Mingus defense for a 57-yard touchdown to put Prescott up 43-35 with 35 seconds left.

“The adrenalin rush was absolutely insane, it made me want to go even faster,” Leopold said about his game-clinching score. “It felt so good running down the sideline knowing it was game over.”

The Marauders (1-6, 1-5 Grand Canyon) jumped out to an early 23-8 lead thanks to running touchdowns by Sanchez, Harrison and Andrew Meyer’s 3-yard run off a Prescott turnover at the 10:04 mark in the second quarter.

But Prescott’s back-to-back scores by Wright and Leopold would pull the Badgers within three, 23-20, before halftime.

Wright’s 15-yard touchdown to open the third quarter was his third of the night, and Leopold’s 1-yard score gave Prescott a 34-23 advantage, capping a 26-point run.

“The kids deserve all the credit, they’ve played so hard. They’ve really committed to the preparation that is involved in winning,” Collett said. “Even when we were 0-3, the practices were so good. … That’s a true testament to them, that they’ve committed to the process.”

According to the AIA website for the 4A state play-in matchups Saturday morning, Prescott will travel to Cactus High School on Friday, Nov. 20.

The AIA stated that No. 4 Cactus is the home team. The game starts at 7 p.m.

If the Badgers defeat Cactus, they would advance to the state 4A playoffs, which is an eight-team bracket.

No. 14 Estrella Foothills at No. 3 Coconino

No. 12 Flagstaff at No. 5 American Leadership

No. 9 Peoria at No. 8 Apache Junction

No. 10 Marcos de Niza at No. 7 Northwest Christian