Restaurants adjusting as best they can in COVID-19 world
Prescott, Prescott Valley establishments trying to rebound 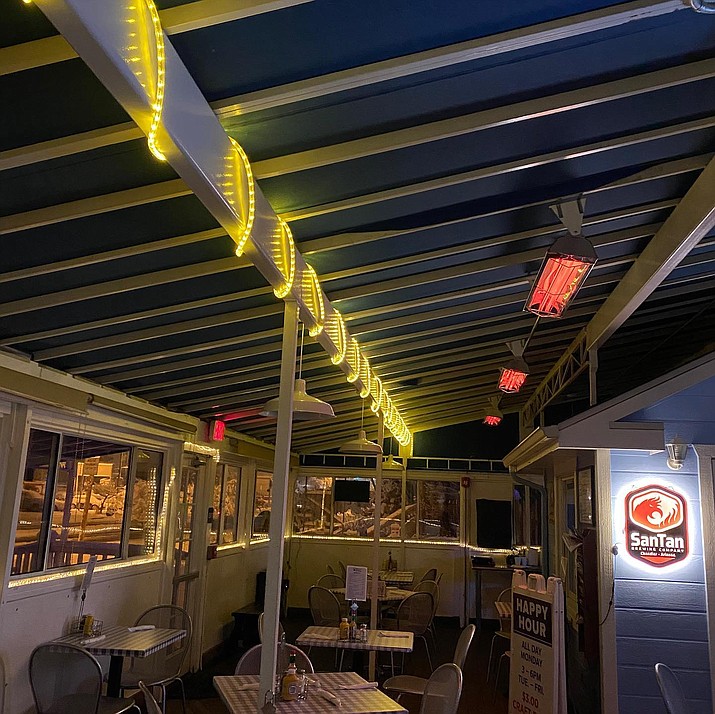 But new figures from OpenTable suggest that Arizonans are once again warming to the idea of dining out, and doing so with more exuberance than much of the rest of the country.

The most recent data from the organization, which helps people book reservations, finds that dine-in seating at the restaurants surveyed is down about 60% from the same time a year ago.

That’s not great. But it comes after weeks of no in-house dining following the March 20 order from Gov. Doug Ducey allowing restaurants to provide only curbside and take-out service. It took until May 11 for Ducey to partly lift the order, allowing dine-in services with new service protocols and limits on numbers of diners.

And that 60% reduction is better than most of the rest of the country, where dine-in service, on average, is still about 87% below last year.

Bill’s Grill, 333 S. Montezuma St. in Prescott, reopened May 18 by following Centers for Disease Control and Prevention (CDC) guidelines. All employees wear facemasks and gloves, and hand-sanitizing stations are available in the dining room, a front-end manager said on behalf of owner Maggie Devine.

“Business is not as good as normal, but we’re picking it up,” the manager said, adding that the restaurant’s dining room is currently operating at 50% capacity. “We’re big on social media, on Instagram and Facebook, and we get a lot of calls. We’re doing the best that we can, and we’re keeping our heads above water.”

At Olivas’ Mexican Restaurant, 8370 E. Highway 69 in Prescott Valley, manager Eileen Olivas said she is spacing out customers as best she can in the dining room.

She hasn’t reconfigured her seating arrangements from pre-COVID-19, though. The restaurant has a high ceiling and a sprawling dining room to keep people from being too close.

“We’re serving less than before, but we’re kind of noticing a split between dining and takeout,” Eileen said. “But we’re doing enough dining to keep open. We’re doing fine.” 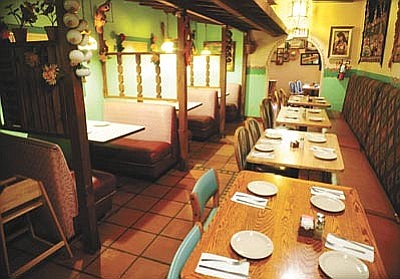 Olivas’ was busy this past week, and Eileen added that she and her crew were happy to see many of their regular customers returning to the restaurant.

“We want people to come in to eat,” an upbeat Eileen said. “We want some normalcy to where you can sit down with friends. We haven’t had much of a problem with it.”

A MATTER OF RECONFIGURATION?

Steve Chucri, president of the Arizona Restaurant Association, said it appears that only South Carolina and Alabama, among states that shuttered restaurants, are doing better.

What’s keeping the numbers from being better? Chucri said some of it is a matter of physics and geography.

He noted the requirement for physical distancing between dining parties. So a restaurant has to get rid of perhaps half their tables to make that a reality.

At the same time, Chucri said, some restaurants are waiting until the next phase to reopen to diners, when the seating requirements are eased. Here, too, he said, distancing can matter.

For example, he cited one Phoenix restaurant that under normal circumstances would have 30 tables. But the size and configuration, Chucri said, might currently allow for perhaps only eight.

“So the models aren’t there to make the money in order to bring everyone back in,” he said.

“Others are wanting to make sure all the wrinkles are ironed out in the supply chain issue that we’ve been experiencing,” Chucri said.

And even when restrictions are fully lifted, whenever that occurs, there is the question of whether people are going to feel comfortable enough to go out and sit down at a fancy restaurant or even a fast-food table.

“I think some of it’s going to be word of mouth,” Chucri said, as those who have gone out spread the word about the experiences they have had.

And then there’s the question of what people read, or don’t read, in the newspaper. Chucri said a story about someone contracting COVID-19 from going out to eat would get a lot of attention.

All of this has financial implications.

Chucri figures that the ban on in-house dining has cost restaurants across Arizona a collective $27 million a day in lost revenues. What that left them, he said, is what some were able to make with takeout and curbside services, a figure he said amounts to 10% of what they were making before.

And Chucri said he presumes that, at least for some time to come, there will be Arizonans who remain more comfortable with getting their meals from their favorite restaurants and taking them home.