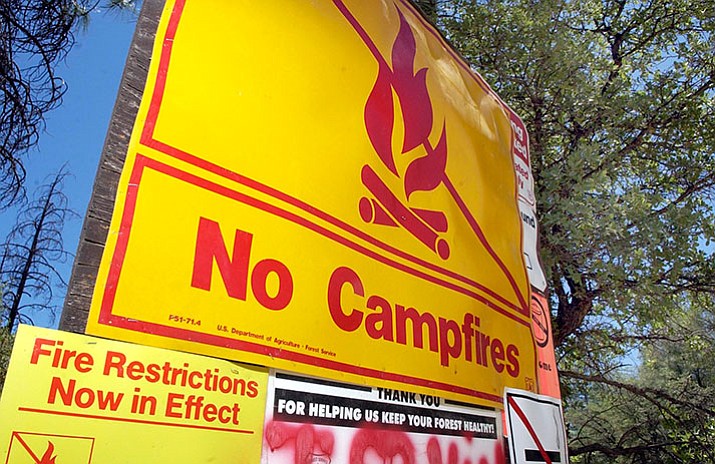 Central Arizona Fire and Medical Authority (CAFMA) and the Prescott Fire Department (PFD) announced the next step in fire restrictions this past week, with Prescott National Forest joining them on Friday.

This is being done “to reduce the risk of human-caused wildfires during periods of high fire danger and severe fire weather conditions,” said Dale Deiter, forest supervisor for the Prescott National Forest. 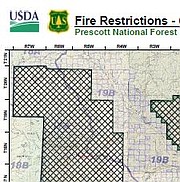 These additional fire restrictions — moving to Stage II — will remain in effect until fire and forest officials determine that conditions have changed sufficiently to reduce the risk of human-caused wildfire, according to news releases.

CAFMA and PFD used a joint effort to implement these annual restrictions for the residents of their jurisdictions. However, due to the coronavirus outbreak, this year yielded an unusual situation as the two entities decided to bypass the formal implementation of Stage I fire restrictions and going straight into Stage II, which automatically enacts Stage I restrictions.

The orders affect the people who live within the 42 square miles of Prescott and 365-square-mile CAFMA jurisdictions, as well as all of the 1.25-million-acre Prescott National Forest.

“We’re going to Stage II because lately the weather has been hotter, dryer, the winds are coming up and it’s just the right time to do this,” CAFMA Fire Marshal Rick Chase said.