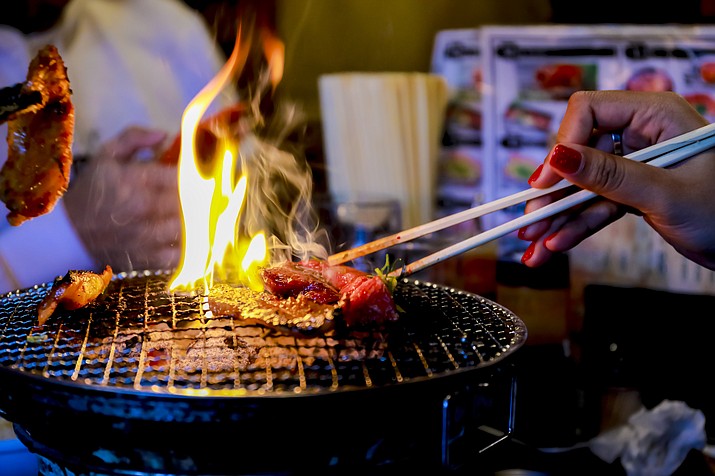 The dry season is upon the quad-city area and with that, Central Arizona Fire and Medical Authority (CAFMA) and the Prescott Fire Department (PFD) will be implementing Stage II fire restrictions at 8 a.m. Wednesday, June 3.

As usual, CAFMA and PFD used a joint effort to implement these standard and annual restrictions for the residents of their jurisdictions. However, due to the coronavirus outbreak, this year yielded an unusual situation as the two entities decided to bypass the implementation of Stage I fire restrictions and will be going straight into Stage II, which automatically enacts the Stage I restrictions anyway.

There is a multitude of factors that go into CAFMA’s and PFD’s decision to enable these restrictions. The main factors include fuel modeling, fuel moistures, high temperatures, wind speeds and forest/plant conditions, according to PFD Division Chief Scott Luedeman.

“I’ve been here 24 years now and I don’t know if we’ve ever not gone into restrictions,” Luedeman said. “It seems like over time, it’s starting to get a little earlier because things are a little dryer. This year, a lot of it played into the fact that we had a great winter and spring for moisture, which caused a lot of grasses to crop up and now they’re all dried out … Obviously, they’re the easiest [to start a fire] if a spark hits them.”

Residents who live within the 42 square miles of Prescott and CAFMA’s 365-square-mile jurisdictions will need to abide by the restrictions. This includes the towns of Prescott Valley, Dewey-Humboldt, Chino Valley and Paulden.

CAFMA Fire Marshal Rick Chase said that since “we all border each other in one way or another and when we all do things together, it just helps bring safety to the overall community.”

Chase added that the Prescott National Forest usually takes the lead in creating and enabling these kinds of restrictions because it carries the tools to evaluate the moisture levels and the dryness of the vegetation.

“We’re going to Stage II because lately the weather has been hotter, dryer, the winds are coming up and it’s just the right time to do this,” Chase said.

Stage 1 Fire Restrictions are as follows:

-No residential burn permits will be issued.

-Use of model rockets is prohibited.

-Use of fireworks and other pyrotechnic displays are prohibited except by commercial special events permit.

-No smoking outside of vehicles, outside of residential yards, or outside of designated smoking areas.

-No outdoor use of firearms.

-Cooking, warming, or camp fires (ash or ember producing) are still allowed at single and multi-family residential properties and town parks (where approved) but must be attended at all times.

Stage 2 Fire Restrictions are as follows:

-No burn permits will be issued — residential or commercial.

-Use of model rockets is prohibited.

-Use of fireworks and other pyrotechnic displays are prohibited except by commercial special events permit.

-No smoking outside of vehicles, outside of residential yards, or outside of designated smoking areas.

-No outdoor use of firearms

-Welding, cutting and grinding is prohibited but permission may be granted under special circumstances and repair situations as approved by the fire marshal. Any spark- or flame-producing activities shall require the following: 1) A Fire Department permit for a specific time period, location, and activity granting permission to conduct such activity in a safe manner; 2) A fire watch, an individual for the sole purpose of watching for any sparks and/or ignition; 3) Firefighting tool(s) such as a shovel; 4) Approved water supply available from a hose, water truck, etc.

-Chainsaws are allowed with a spark arrestor, water or fire extinguisher and a fire watch.

-Warming fires, camp fires, as well as charcoal and wood burning barbecues (ember and ash producing) are prohibited in all locations. This also prohibits the use of other devices that produce open flame such as tiki lamps.

-The use of propane, natural gas or other gas flame-producing barbeque cooking grills or fire pits may be used as long as they are constantly attended, are in an enclosed device, and can be turned off.

CAFMA and PFD also aim to be consistent with the Prescott National Forest and the unincorporated areas of Yavapai County that are not protected by fire districts or area fire departments.

The Stage 2 fire restrictions will stay in effect until the area experiences a significant amount of rainfall to justify lifting these restrictions. Historically, the early summer months in the greater Prescott area feature the driest conditions, but the monsoons usually start coming around toward the end of July and into August.

Nevertheless, Luedeman still urges residents to follow the restrictions in hopes of avoiding a devastating fire.

“Just a spark can start a significant fire in our area. We are in the middle of the forest,” Luedeman said. “It’s not only protecting those residents, it’s protecting their neighbors as well. Not only does it affect the fire aspect of it, but also the resource aspect. If we have a bunch of fire getting out of control, that limit what we’re able to do if there’s other emergencies that we need to be at.”