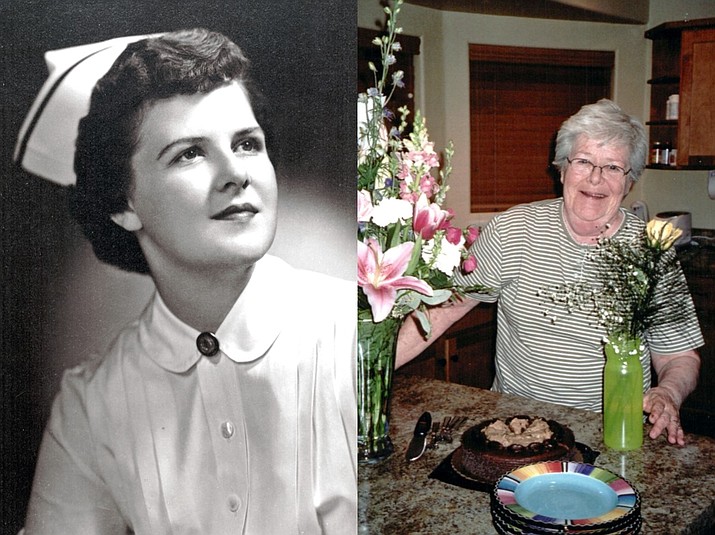 Long time Alaska resident Rosemary J. Weiler passed away peacefully on Monday, May 4, 2020 at Providence Hospital. She was born on February 5, 1934 in Butte, Montana, the youngest of Patrick and Sarah (McLaughlin) Bradley’s six children.

After graduating from Butte High School, Rosemary enrolled at Carroll College, following her three older sisters into the nursing profession. She married Wayne S. Weiler on June 6, 1959 and their first son was born a year later. Rosemary began working at Providence Hospital shortly after arriving in Alaska in November of 1962.

“Grandma” Rose retired from Providence Alaska Medical Center as a Nursing Supervisor in 1996. After retirement, she and Wayne bought a winter home in Prescott, Arizona. They continued the Snowbird lifestyle until she could no longer travel. Her upbringing during the Depression and World War II left her with a strong self-reliant, caring, compassionate and positive outlook on life that she imparted to her sons and to anyone she crossed paths with.

The family will arrange for a gathering of family and friends in the future.