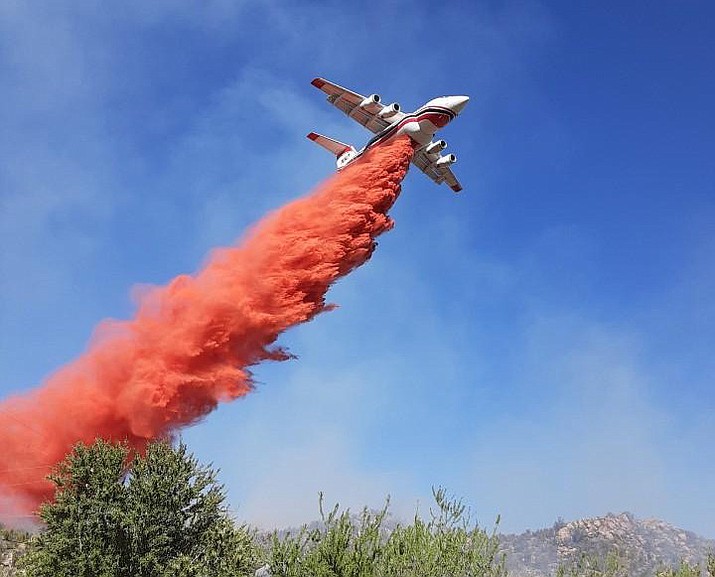 A air tanker passes over the Park Fire in Bagdad as firefighters work to put out the blaze Thursday, May 21, 2020. (YCSO/Courtesy)

Slurry bomber passes over the Park Fire in Bagdad, Arizona by Courier Video

The Park Fire in Bagdad forced the evacuation of homes as crews fought the blaze Thursday afternoon.

Crews from the Bagdad Fire Department, the State Land Department, the Bureau of Land Management and the U.S. Forest Service continued to battle the wildfire in the Bagdad community as of 8 p.m. Thursday, May 21, according to a Yavapai County Sheriff’s Office release.

“Due to the diligent work being done on the fire, the danger to structures has been greatly diminished and the evacuation order has been lifted,” YCSO spokesperson Chris Wilson said in a release, adding that the cause of the fire was still unknown, but fire officials are investigating.

At 2:46 p.m., the YCSO dispatch center received reports of a wildfire burning in the Bagdad area.

YCSO deputies responded and located the fire burning in the area of Lindahl, Navaho, and east Park Drives. 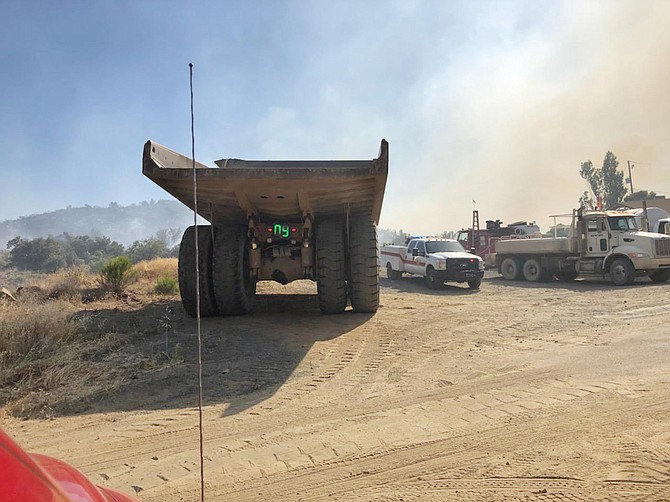 At 2:46 p.m. on Thursday, May 21, 2020, the Yavapai County Sheriff’s Dispatch Center received reports of a wildfire burning in the Bagdad area. (YCSO/Courtesy)

A Code Red “Go” message was sent out to residents and deputies immediately assisted in the evacuation of the area as fire crews began working the fire from the ground.

Throughout the afternoon, slurry bombers, ground teams, water tenders, bulldozers and other heavy mining equipment were deployed to help safeguard the community.

The copper mining town has a population of about 2,000.

Bagdad is about 60 miles west of Prescott and 100 miles northwest of Phoenix.

Watch dCourier.com and The Daily Courier for additional updates as information becomes available. 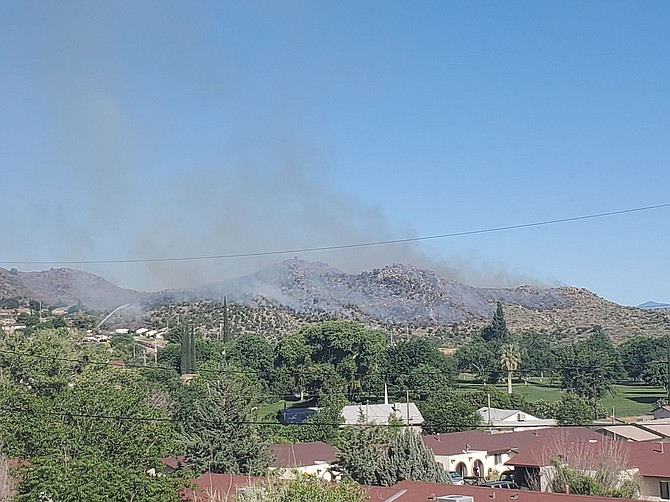 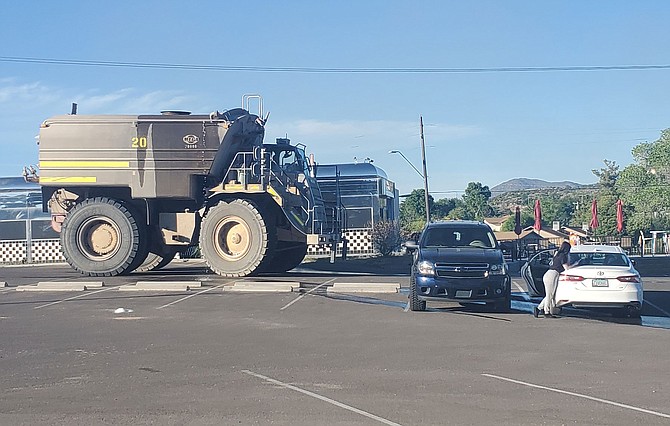 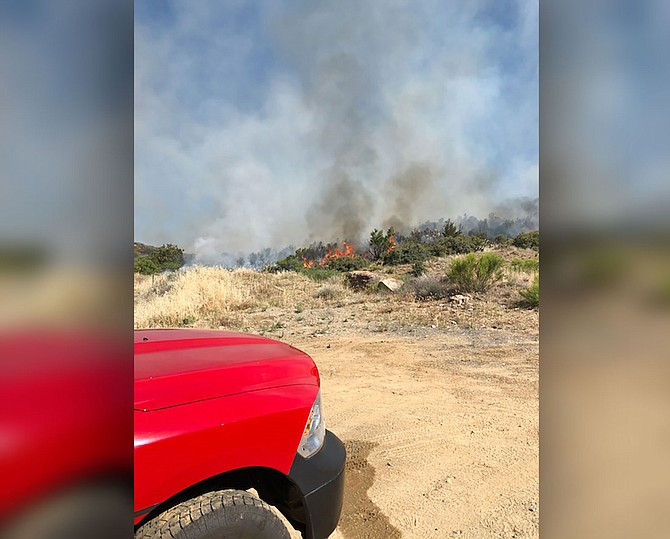 A Code Red “Go” message has been sent out to residents and deputies are assisting in the evacuation of that area as fire crews are on the ground working the fire. (YCSO/Courtesy)