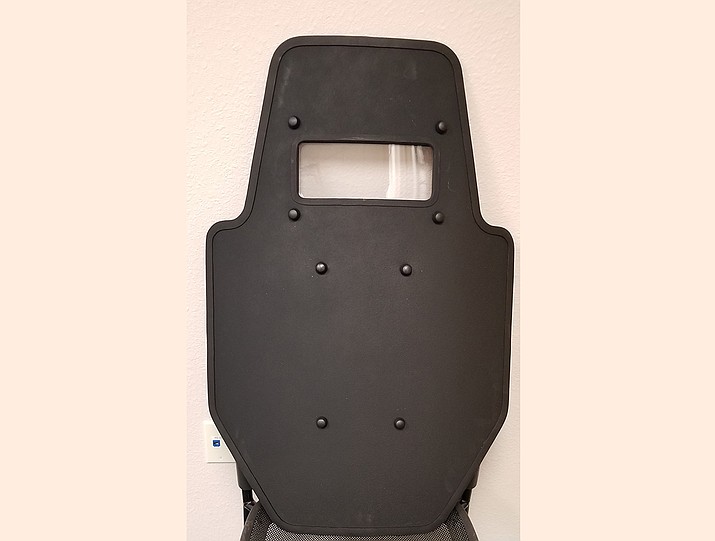 A ballistic shield has multiple uses, including being a staple during search warrants and active shooter situations. (Prescott Valley Police Department)

The 100 Club of Arizona has made a significant contribution to the Prescott Valley Police Department with a donation that led to the purchase of a ballistic shield, according to a release Thursday afternoon.

A ballistic shield has multiple uses, including being a staple during search warrants and active shooter situations.

“[We don’t want] detectives arriving on the scene without protection against an active shooter or terrorist attack,” Prescott Valley Police spokesperson Jerry Ferguson said in a release. “Criminals are ratcheting up their firepower, gunmen are using weapons which exceed the protection levels afforded by some body armor out there on our streets. It’s becoming clear that portable, ballistic protection has become a necessity.”

For almost 50 years, the 100 Club of Arizona has provided immediate financial assistance to families of public safety officers and firefighters who are seriously injured or killed in the line of duty, and to provide resources to enhance their safety and welfare.

“The police department thanks the 100 Club of Arizona for their generosity in helping our detectives stay safe and better serve our community,” Ferguson said.