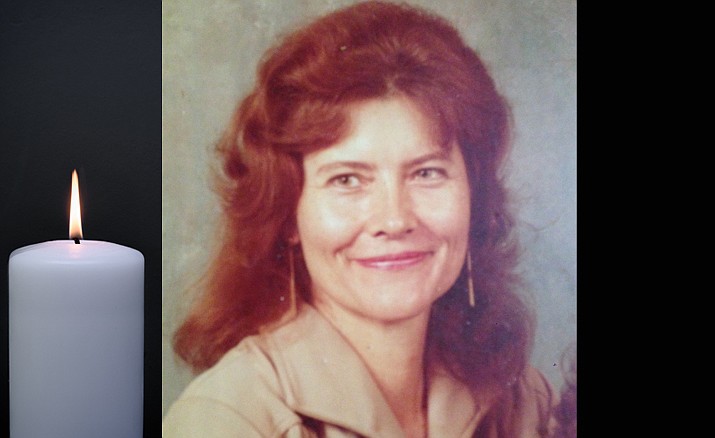 Peggy Sue Cameron, loving mother, grandmother, and great-grandmother passed away peacefully in her home April 25, 2020 at the age of 82. Peggy was born in Yuma, Arizona on November 2, 1937 to Leonard and Irene Cameron (Farmer). She lived most of her life in the southwest including Arizona, New Mexico, and Colorado where she attended the University of Northern Colorado at Greely. Ultimately, she spent most of the last half of her life in Prescott where she raised her family and would go on to help them in turn raise their own families. She was passionate about education, the environment/wildlife, and the well-being of her community. She was a frequent volunteer for Prescott schools, and rescuer of strays. Those who knew her could feel the depth of her compassion and love, and she inspired many to feel the same. She lives on forever in the memories of those she touched and loved and her family will carry this on for her. Peggy is survived by her daughter, Lynne (Danny) Pena; grandchildren, Chris and Eddie; her son, Pat (Joyce) Vinett; grandchildren, Chrissy, Matt and Melissa; her youngest son, Jim Higuera and fourteen great-grandchildren. She is also survived by her brother, James (Connie) Cameron. She was proceeded in death by her loving husband Al Vinett and son Vernon. The family would like to say thank you to Haven Hospice and Judy and Trish her beautiful caregivers. Peggy donated herself to Science Care. When the wind blows just click your heels and remember “there’s no place like home,” Love you Mom.