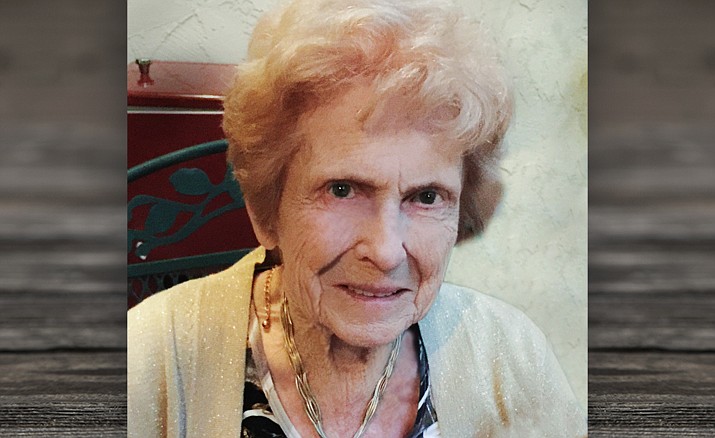 On August 26, 1953, Marge married Ray Trengove, also from Prescott, after his discharge from the Army. They lived in San Francisco for four years, where three of their sons were born. In 1957 they returned to Prescott, where their fourth son and only daughter were born. They spent the next 60 years together in Prescott until Ray died in 2017. After all her children were in school, Marge returned to work, teaching 3rd grade at Sacred Heart School. She went on to earn a Master’s in Education and in 1976 she moved to Prescott Junior High School to teach reading, retiring in 1994. Marge had a love for learning and teaching, which she carried throughout her entire life. In addition to teaching, Marge helped manage the vending business she and Ray owned and also obtained her real estate license so she could sell property in the summers. Driving around the Prescott area researching property was a passion of hers. Post-retirement Marge and Ray remodeled their building on South Granite Street creating Terra Cotta Court which houses several local businesses. It was Marge’s determination and drive to create a beautiful space that brought about the courtyard as it is today. Ray and Marge would often be found sitting in the courtyard, enjoying the Prescott weather and sipping chai lattes. Marge possessed a deep faith and was a devout Catholic, a life-long member of Sacred Heart Catholic Parish and a daily communicant up until the last year of her life. She served as a Eucharistic Minister and was a faithful volunteer for the Sacred Heart St. Vincent de Paul Society for many years.

Arrangements entrusted to Ruffner-Wakelin Funeral Homes and Crematory. Please visit www.ruffnerwakelin.com to sign the online guestbook and share a memory with the family. For questions please contact us at (928)445-2221.