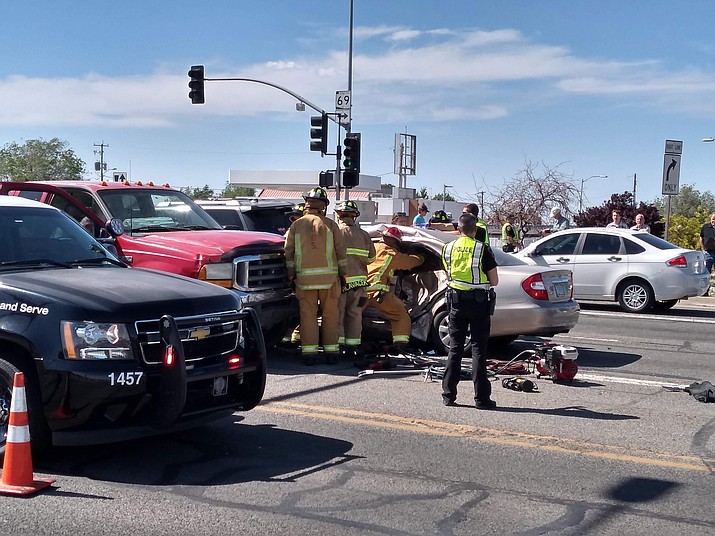 Firefighters work to remove an injured person from a vehicle at the three-vehicle crash at Robert Road and Highway 69 on Friday afternoon, May 8, 2020. (Jesse Bertel/Courier)

By The Daily Courier | DailyCourier | TheDailyCourier
Originally Published: May 8, 2020 5:15 p.m.

A three-vehicle car crash near the corner of Robert Road and Highway 69 in Prescott Valley, at about 3 p.m. Friday, May 8, blocked traffic and reduced Highway 69 to one lane in each direction for nearly an hour.

The crash involved a pickup truck, a Sports Utility Vehicle and a sedan.

At least one person in the sedan, which sustained the most damage, was trapped and firefighters had to carefully rescue the person, who was injured and transported by ambulance to the east campus of Yavapai Regional Medical Center.

All passengers and drivers from the other two vehicles where released at the scene.

Further information was not immediately available.