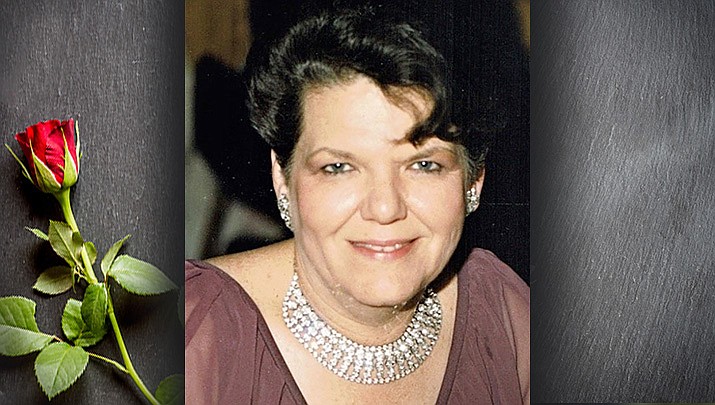 Born in Racine Wisconsin to Willis C. Allen and Winnifred G. Barth Allen, Jacquie had a lively childhood, moving around the Midwest as her Engineer father’s work took them to various auto manufacturing sites and spending summers at her grandparent’s resort in Northern Wisconsin. Her grandparents relocated to Arizona; at about the age of ten, Jacquie, her mother and sister Sarah joined. She grew up quickly, attended Grace Court and West High Schools, worked at Upton’s and managed the local roller rink when she met the love her life, Walter F. Weedon. They married in June 1953, with the Governor attending.

Walter and Jacquie lived in several homes in Phoenix before settling in Glendale. She became active in the community while raising 4 children. Jacquie was an artist, worked in retail, was in a sorority and a girl’s club, led Girl Scouts, volunteered in politics and studied all the world religions. She followed Walt to Iowa during a slow construction period, driving the 4 kids to set up housekeeping only to have the job end just a few months later.

They relocated to Prescott in 1971, and ran a plumbing company, briefly owned a major restaurant and built houses for themselves and numerous family members/friends. An accomplished cook, Jacquie kept the crews fed and could throw an unparalleled patio, wedding, holiday or birthday party. Active in the Legion of Mary, the “Pink Ladies” at Yavapai Regional Hospital, she also ran several political campaigns and belonged to American Legion Post #6 Auxiliary. She became a Realtor and for many years trained new agents at Coldwell Banker while serving on the Yavapai County Planning and Zoning Commission.

She befriended almost everyone she met; it was common for people to stop by the Weedon home to visit most weekends. Known for her glorious smile and amazing laugh, she was universally loved and had many close friends. Suffering from dementia for well over a decade did not impact her joy; even up to the very end she had that remarkable laugh and was adored by her nurses and caregivers.

Having traveled to Greece, Mexico, Alaska and Caribbean, she best loved Cape Breton, Nova Scotia, Canada, her son-in-law’s ancestral home, where she and Walt celebrated their 50th wedding anniversary.

The family would like to thank the incredible caregivers and staff at Hospice of the Valley and Adagio Gardens in Phoenix as well as Highgate Assisted Living in Prescott. Please support HOV in her memory.