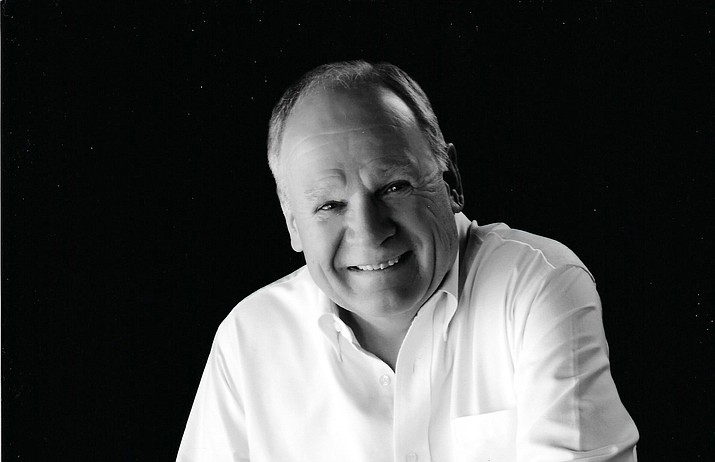 David E. Seelye of Prescott, AZ passed away peacefully on March 24, 2020, at the age of 73. Dave was born to Thelma and Douglas Seelye on September 13, 1946 in Watertown, NY. As a veteran, he served proudly in the US Army and then earned degrees in Economics and Chemistry from the University of Buffalo.

Dave worked for the FMC Corporation specializing in insecticide research and development for several years. He took that experience and continued his career at Bausch & Lomb in Rochester, NY, for 25 years. During his tenure Dave received over 30 US Patents, the most notable being the development of the Pure Vision Contact Lens. He retired in June 2012 and relocated to Prescott.

Dave was also an expert Numismatist specializing in Military Payment Certificates, World Paper Money and Internment POW Chits, to name a few. This passion led to publishing two books, the most recent being The Complete Book of World War II USA POW & Internment Camp Chits in which he co-authored with his friend, Dave Frank.

Dave married Judy in 2006 and they shared 14 years of blissful marriage. Together they enjoyed many adventures while traveling the world but found they always had a special connection with the islands of Hawaii. Dave served the Prescott community by being an active volunteer with People Who Care, a member of the Architectural Review Committee for the Yavapai Hills HOA and ushering at the Yavapai College Performing Arts Center. He was also a member of the Prescott United Methodist Church.

Dave had a thirst for life and knowledge, but what many remember most was his willingness to share that thirst with others. Whether it was skiing the slopes, country line dancing, consulting on rare notes, or just ordering dessert first, Dave always found a way to truly live. He had a jovial personality with a witty and deep sense of humor. He was truly a rich man.

Dave is survived by his wife, Judy Seelye; his daughters, Lisa Seelye and Erica Hauge (Erik); his sister, Carolyn Swartout; his step-daughter Ashley Ervin (Trip); his step-son Derek Gates; his grandchildren Alex Ervin and Evelyn Hauge; his faithful dog, Hadley; and many other family and friends that loved him dearly. He is predeceased by his sister, Yvonne Roshia.

Due to current events and restrictions, a celebration of life in Dave’s honor will be determined at a future date. If any memorial contributions would like to be made, these were dear to Dave’s heart: (1) People Who Care, PO Box 12079, Prescott, AZ 86304 or (2) Military Numismatists Scholarship Fund (in Memory of David E. Seelye on memo line), c/o Dan or Kathy Freeland, PO Box 195, Mayville, MI 48744. These special classes are an integral part of the American Numismatic Association’s summer seminar sessions, held in Colorado Springs, CO (see www.money.org/summer-seminar for more information)

The family would like to recognize the University of Arizona Cancer Center-Phoenix, Kindred Hospice, and Synergy Home Care for their exceptional care along Dave’s journey. Arrangements entrusted to Ruffner-Wakelin Funeral Homes and Crematory.