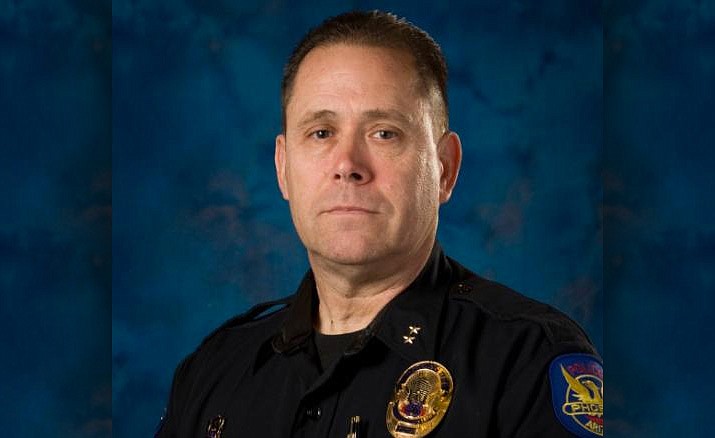 Gov. Doug Ducey ordered flags at all state buildings be lowered to half-staff from sunrise to sunset today, March 30, 2020, to honor Commander Greg Carnicle of the Phoenix Police Department. Commander Carnicle died on Sunday, March 29, in the line of duty while responding to a domestic violence dispute.

Carnicle was a 31-year law enforcement veteran and held positions including the special assignments and K9 units as well as overseeing evening and weekend patrol operations.

“Arizona is deeply saddened by the loss of Phoenix Police Commander Greg Carnicle,” said Gov. Ducey. “Commander Carnicle and his fellow officers displayed bravery and courage in the face of danger. They put their lives on the line to carry out their duty — with Commander Carnicle paying the ultimate sacrifice. His passing, just months before his retirement, is yet another tragic reminder of the dangers our officers face everyday to keep us safe. Our prayers are with Commander Carnicle’s family and loved ones and the Phoenix Police Department. In honor of his service, I’m ordering all flags to half-staff until sunset today.”

Two fellow Phoenix Police Officers also were injured Sunday night in the shooting and are recovering.

Businesses and individuals are encouraged to join in this tribute.