Pets in need: The Ninja Kittens 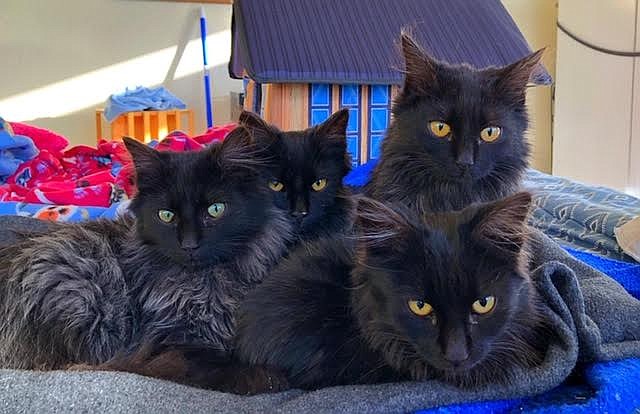 TINY is a female and the smallest. She was sickly when found,but she has became super playful and loves to be held and snuggled. She gets along fine with her sisters and is good with kids. LYNX was initially shy but has warmed up. She loves getting petted and to be with people. Very playful. She has a little overbite that helps us tell her apart from Lily! Her big gold eyes will win you over! She’s very sweet and hangs with Lily a lot. LILY is the shyest of the kittens and might do best being adopted with Lynx. She takes more time to warm up and doesn’t really like being held but is starting to enjoy getting petted and having her neck scratched. She’s the loner but wants to be close enough to see what’s going on. (BROTHER HUNTER HAS BEEN ADOPTED). Contact the Catty Shack at 928-778-6951.