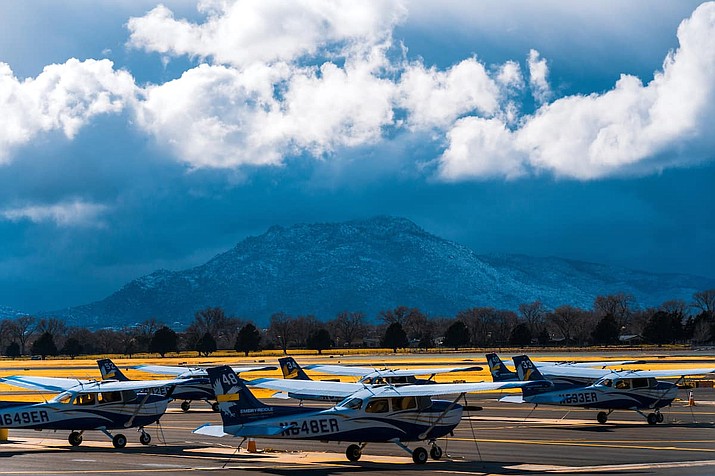 Embry-Riddle’s flight program has been grounded after a staff member’s roommate tested positive for COVID-19. (ERAU/Courtesy)

Flight operations in Prescott will remain shut down until the staff member is tested. The staff member’s roommate tested positive on Wednesday, March 25.

Two staff members at the university’s Worldwide Headquarters have reportedly fallen ill with confirmed cases of the coronavirus.

Additionally, one employee on the Daytona Beach Campus and a part-time student at Embry-Riddle’s Asia Campus in Singapore tested positive.

Flight Operations on the Daytona Beach campus will remain open with heightened precautions.

The decision to cancel flight operations in Prescott was made just two days after an announcement that they would keep flight operations open despite ending face-to-face instruction and asking students to vacate the dorms this week.

Jesse Bertel is a reporter/videographer for the Prescott News Network. Follow him on social media @JesseBertel. Email him at jbertel@prescottaz.com, or call 928-445-3333, ext. 2043.